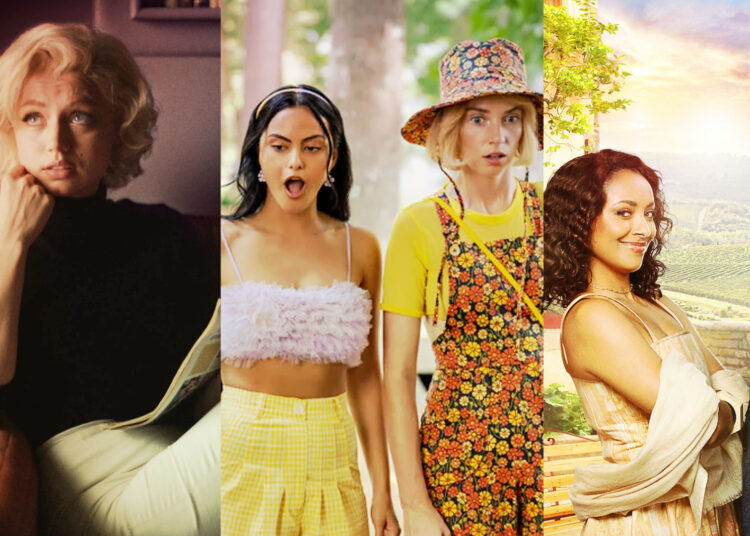 Every Tv Series and Movie Releasing on Netflix in September 2022. Netflix has kept us ever too busy! Half of this year is almost gone and we have already been exposed to a plethora of exclusive films and tv series on our favorite streaming site.

The other half of the year also will expectedly adhere to the same norm. The list of tv series and films releasing in August is already in our hands, we will now move our glance to the next month and discover what Originals we will get from Netflix in September.

Though in this article only the movies and series of the United States and the United Kingdom will be covered and the specially licensed shows and films of other countries will be excluded.

Films releasing on Netflix in September 2022:

Love in the Villa-

Mark Steven Johnson directed the romantic comedy movie ‘Love in the Villa‘ is set in Verona of Italy. It revolves around a young woman who decides to spend a vacation in a villa that she later finds out to be already booked by a British man.

Based on Annie Barrows’ same-named book, this movie, directed by Elissa Down, presents two friends who are very different from each other.

Bean is fearless and loud and Ivy is quiet and thoughtful. But when the two discover that people with different characteristics can come close when they embark upon an adventure, their friendship intensifies. Jane Lynch, Sasha Pieterse, Nia Vardalos, Jesse Tyler Ferguson, Kesler Blalock, Jaycie Dottin, Madison Skye Validum, etc are the cast members of the film.

Jennifer Kaytin Robinson has directed this upcoming dark comedy movie following two cohorts who decide to go after the bullies of the other. Camila Mendes, Maya Hawke, Sophie Turner, Austin Abrams, and Alisha Boe star as the primary cast members of the film.

Untold: The Race of the Century-

This documentary movie presents an interview with the Australian crews who competed in the prestigious sailing competition against the New York Yacht Club through which they broke one hundred thirty-two years of the win streak.

Tyler Perry-directed movie ‘A Jazzman’s Blues’ revolves around an unsolved murder that uncovers a story of deceit, forbidden love, and secrets. Solea Pfeiffer, Joshua Boone, Brent Antonello, and Amirah Vann are cast members of the series.

Anna Foerster has directed this mystery crime thriller movie ‘Lou’ that follows a mother, whose young daughter has been abducted, teaming up with a mysterious older woman of the neighborhood in order to get hold of the kidnapper. But they will have to test their utmost limit and dark secrets in the journey of wilderness. Allison Janney, Jurnee Smollett, Greyston Holt, and Matt Craven are cast members of ‘Lou’.

Ana de Armas will portray the legendary actress Marilyn Monroe in the psychological drama movie ‘Blonde’. The movie is about a fictional take on Marilyn Monroe’s life and is a promising high-profile movie.

End of the Road-

Millicent Shelton has directed this mystery thriller movie that centers Brenda and her family on a road trip through countries. But when they reach New Mexico, a mysterious killer makes them target, and their lives are entrapped in thrill and chill. Queen Latifah portrays Brenda in this film.

Series releasing on Netflix in September 2022:

The fifth and new season of the martial arts comedy series ‘Cobra Kai’ is set to release starring Ralph Macchio, and William Zabka reprising their roles.

This reality tv show presents two Miami designers who are married couples and competitors of the series.

This documentary series follows a number of controversial slimming cream sellers who have turned into con artists along with their success and eventual jail time.

My Little Pony: Make Your Mark-

This animated series follows a group of friends Zipp, Izzy, Sunny, Hitch, and Pipp in their adventure.

Another animated series that is set in the future in a city obsessed with body modification and technology.