Never have i ever Season 3 - things you want to know!! 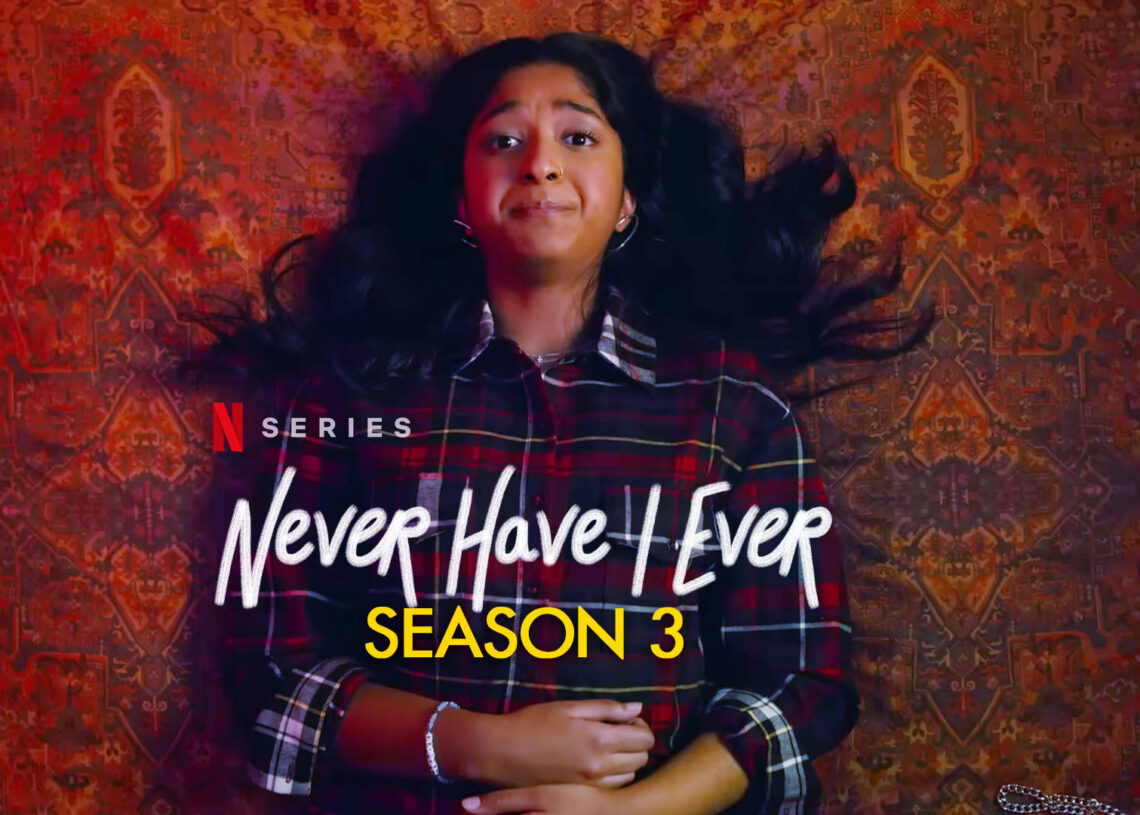 Never Have I Ever Season 3 is coming in August. Netflix’s teen comedy-drama named ” Never Have I Ever ” is ready to give double good news to its fans all around. So hold your breath the series has been renewed not only for Season 3 but also for its final season 4.

The series will revolve around the life of an Indian-American teenager Devi Vishwakumar. It will be having love, jealousy, drama, complications, and most important helluva of gossip which everyone loves to do and no one can deny this !!! Not even me hahahahah!!!

As per Mindy Kaling,  Never Have I Ever Season 4 will be the final season of the show, In an interview with Entertainment Weekly she said:

“Four seasons for a high school show felt like it made sense. They can’t be in high school forever. We’ve seen those shows. Like, you’ve been in high school for 12 years. What is going on here? Also, the actors get older and it starts looking insane that a 34-year-old is playing a 15-year-old.”

Release Date of Never Have I Ever Season 3:

The Never Have I Ever Season 3 is all set to be streamed on 12 August 2022. Although the production work was wrapped in February, it took quite a while to come on the screens.

We all can hope that all the wait will be worth it!!

No. of Episodes in the series:

On the day of release, the show will come up with 10 episodes which will be of half an hour. Well, the length of episodes is ideally perfect!!

Also Read: Queen of the South Season 6: Why it won’;t happen ever?

Trailer Breakdown of the Series:

Netflix dropped the official trailer on 27 July 2022 creating buzz among the fans.

Devi and the gang are back!

Never Have I Ever Season 3 premieres August 12! pic.twitter.com/CjegKjvdri

The trailer comes with a surprise that Devi (Maitreyi Ramakrishnan) and Paxton Hall-Yoshida (Darren Barnet) finally are with each other. They both enter the school campus holding each other’s hand which implies they are now officially a couple.

Paxton was one such boy for whom attention every girl on the campus craved and now all his attention was on Devi. For that very reason, other girls on the campus hated Devi. Well, that’s quite obvious!!!

Intimacy is nowadays a necessity in a relationship, the same happens with this couple who tries to increase the proximity between them but it quickly ends hilariously.

Devi soon realizes the consequences of being in a relationship as insecurities started increasing between the couple soon.

It’s believable that we’re together, right?” Devi asks one of her friends.

When Paxton expresses his feelings to Devi then she reverts to “Yeah, but why? No one else thinks we make any sense.”

There is a twist in the trailer when a new man enters the story.

The trailer ends with Devi with excitement saying, “Let’s see what the human body can do, baby!”

Here is the link to watch the trailer of Never Have I Ever Season 3:

The main characters will be the same as the previous season :

¤ Maitreyi Ramakrishnan is back in the role of Devi Vishwakumar.

¤ Darren Barnet is back in the role of Paxton Hall-Yoshida

¤ Lee Rodriguez is back in the role of Fabiola Torres

¤ Ramona Young is back in the role of Eleanor Wong

¤ Megan Suri is back in the role of Aneesa

¤ Poorna Jagannathan is back in the role of Dr. Nalini Vishwakumar in Never Have I Ever Season 3

¤ Richa Moorjani is back in the role of Kamala

Michael Cimino will be introduced in Never Have I Ever Season 3 as a new character named Ethan, if you do not know Michael is an actor from Love, Victor on Netflix.

The Plot of Never Have I Ever Season 3

Never Have I Ever Season 3 would undoubtedly explore Ben’s uneasy feelings for both Devi and Aneesa. As well as how Devi is going to bear the effects of being in a relationship with a boy who was previously embarrassed to be with her. Will Devi ever change her erratic ways?

And many more questions to be answered this season.