Break My Soul became the reason why Beyonce and Madonna came together for the first! 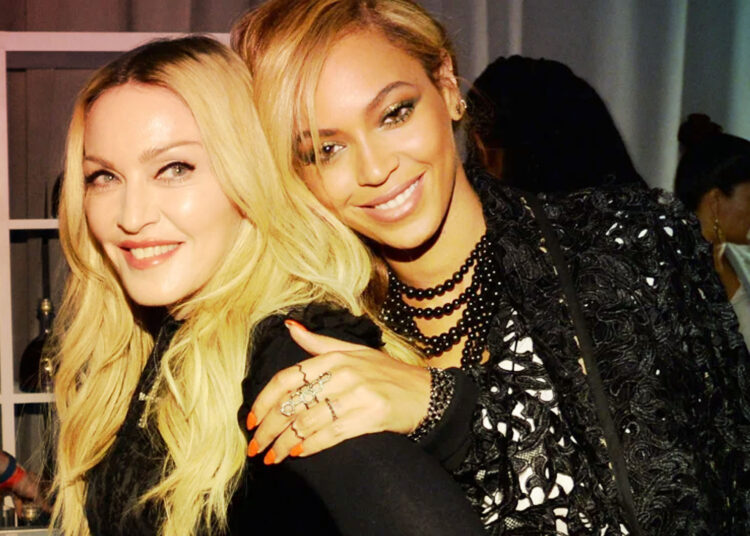 Beyonce And Madonna Performed a song Called Break My Soul together. We have seen a lot of big names in Hollywood coming together for a project.

Whether it is related to any series of films or even any song, if the two big names and big talents come together then the result is going to be the best.

We have seen a lot of celebrities in Hollywood who have collaborated on the music and have done quite a well job in achieving great ranks. To add more names to the list and collaboration then we have Beyonce as well as Madonna.

We have seen Beyonce collaborating with a lot of great artists but when it comes to Madonna then it is going to be the rocking. Beyoncé has recently shocked all her fans by releasing a special edition of her single called Break My Soul. The single has not just the voice of Beyonce but also the pop singer Madonna.

Beyonce And Madonna Collaborated on a Song Break My Soul

The whole track is titled Break My Soul: The Queen’s Remix. With no doubt, they both are queens in their certain way and one can get the song via its official website of Beyonce. It has not got released on any streaming platforms.

Coming to their collaboration then it is going to be their first ever collaboration in making music. They both have defined music in Hollywood and also other parts of the world in their way. When it comes to the whole album or remixes of Beyonce that was released on 3 August then it has also the collaboration of some other artists.

Beyonce has also collaborated with Will. I.Am as well as Terry Hunter. One can easily purchase the collaboration from the website and it can be delivered through email.

When it comes to the confirmation that was made by Madonna and Beyonce then they have not posted any pictures related to it. The single came just after one week when Beyonce released her album called Renaissance in July 2022.

The last album that came before this one was called Lemonade which came in 2016. It’s almost taken her 6 years to make the masterpiece and no wonder, fans are liking it a lot.

To show her gratitude towards her fans Beyonce has come to Instagram and thanked them for listening to her album. When the album got leaked Beyoncé thanked all the people for the leak of the album as they have not waited for it until the proper release.