The player of SD Gundam Battle Alliance will be directed to "Break Missions," the original chronology of the characters. 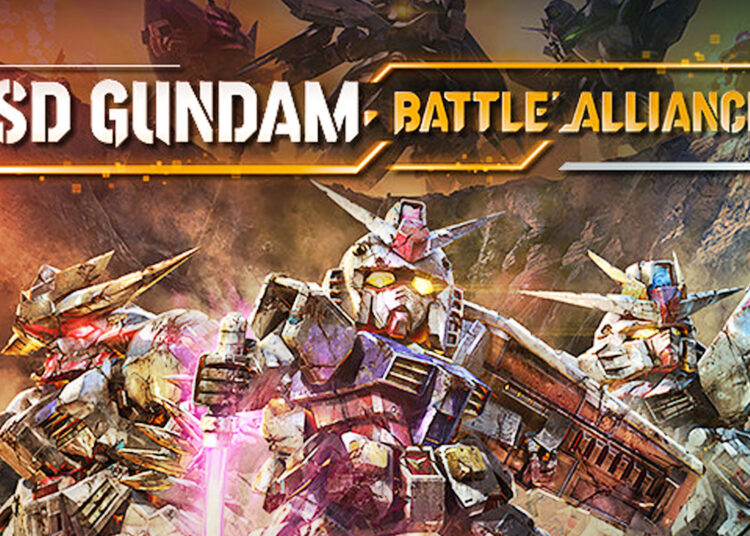 SD Gundam Battle Alliance is all set to launch on 25th August 2022. The protagonist of the narrative identified only as “Commander,” is a GR Corps programmer named Juno Astarte who has discovered abnormalities in the G (Gundam) Universe.

These anomalies lead to “breaks,” which scatter a number of units from many worlds and put them in conflicts and circumstances that can potentially change the course of history in a different universe.

To stop these breakages and find the person responsible for this new virus, the members of the GR Corps must now go to the many timeframes.

Like the Dynasty Warriors Gundam series, SD’s is a hack’n’slash game where the player must move around a map to fulfill chores and kill foes to obtain goals. Each unit has a main weapon and a pair of sub-weapons for their ranged attacks, despite the melee kit not requiring ammunition.

The player’s special gauge will also grow as they deal damage to adversaries or take damage; once it is full, the player can unleash a potent assault.

Every adversary, whether generic, an ace, or a monster, has a level, and more leveled opponents deal more damage and have higher health. Bosses and Aces both have a balance that fills up anytime the player deals damage to them and causes them to get stunned once it is full.

The balancing gauge will fill up considerably more quickly and deliver more damage when attacking adversaries from behind. The player will also receive MS data and blueprints from encountering and eliminating aces, which they can utilize to unlock and construct new playable troops.

The player may bring two companions, but they cannot share the same name (e.g: OYW Amuro and CCA Amuro).

The player can resurrect a companion who has lost all of their health by utilizing a repair kit, however, doing so renders them vulnerable and immovable. The opposite is also true; if a player’s health is low, they can still utilize a repair kit as long as their companions are still alive.

There are, however, a finite number of useable kits available for each expedition. Although they can be assigned different units, each partner’s default unit will give the player additional stat boosts.

These boosts are also influenced by the player’s connection with these pilots because they rise following joint triumphs but fall if the combat partner has been vanquished.

The player must first engage in altered fights where the distortions could substitute individuals from a different timeline or stop important characters or events from occurring regularly.

The player will be directed to “Break Missions,” the original chronology of the characters responsible for the anomalies, in order to collect “Fragment Keys” in order to fix this. Once sufficient amounts have been gathered, the player can use the keys to resolve the initial conflict in an intended manner.

In addition, the player has the option of using Tune Points earned from winning battles to raise their HP, Boost, or Attack stats. Tune Points can be recovered by lowering these stats, but they cannot then be used to upgrade another unit.