Manifest Season 4 Release Date – Is it Coming in August 2022?

by Bhavi Parihar
Reading Time: 4 mins read
A A
2 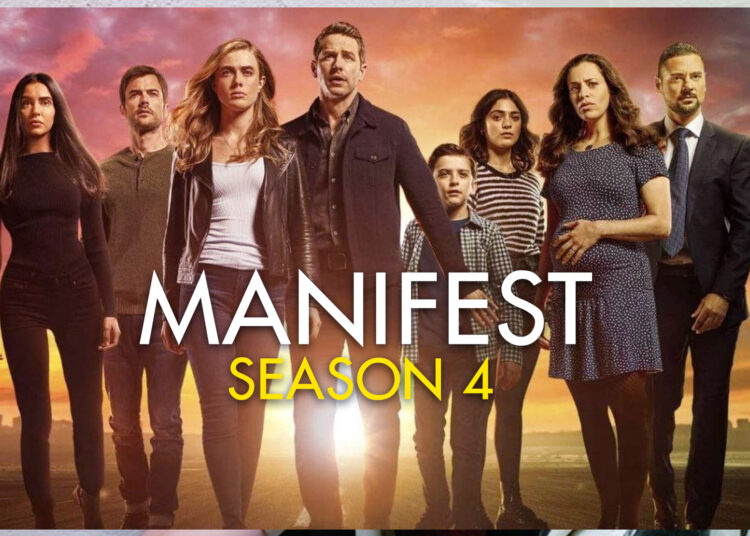 Expected Release Date of the Series:

The first two seasons of the series dropped on Netflix in June 2021, but as a surprise to the audience Manifest Season 3 was released in August 2021 which came as an unexpected treat to the fans!!

Previously the Series was telecasted on NBC. But now you can watch all three seasons of supernatural series on streaming giant Netflix.

As per MarieClaire, Speculations about the season started soon after the finale episode of Season 3. If you are not aware, previously Season 4 stands canceled but finally in November 2021 filming of Manifest Season 4 started.

Keeping every trend in mind it seems like season 4 will hit the floor somewhere around November 2022. As of April 2022, the cast of the film finished shooting for the first half of the series.

No. of Episodes in Season 4:

Breaking the general norm of Netflix series which generally have 8-10 episodes in a season. Manifest Season 4 will be having 20 episodes and also 10 episodes will be released in one go and the other 10 later on.

Here is the expected cast list of the much-awaited ManifestSeason 4:

The big question that arises is Will Grace be there in Season 4?

Based on the information till now, you must be disheartened listening to this that Unfortunately, she won’t be the part of this Season.

The final season of the series will put the pieces of the endgame altogether again. Major characters will be seen returning in the season, at the same time they will be surrounded by tragedies.

That’s very sad to inform you that passengers of Flight 828 will be nearing their death date. Ben, Michaela, and Saanvi three will race with the clock and will try to figure out the mystery behind the disappearance of passengers. Also, they will put every possible effort to save them from mishappening.

Most probably there will be a time jump of 2 years in this Season. Making the death date of passengers even closer!!! But don’t worry we will also get to see that what exactly happened during those 2 years, so we’ll not miss any moment of the series.

Also Read: Will there be Peaky Blinders Season 7?

Teaser of the Series:

Netflix During Geeked Week on June 6 2022 released the first clipping of Manifest season 4 which was introduced by star Josh Dallas.

In the first official clip Michaela walks around a shipyard following a calling for cherry blossoms.