Heartstopper Seasons 2 to be released in 2023, know all about it. 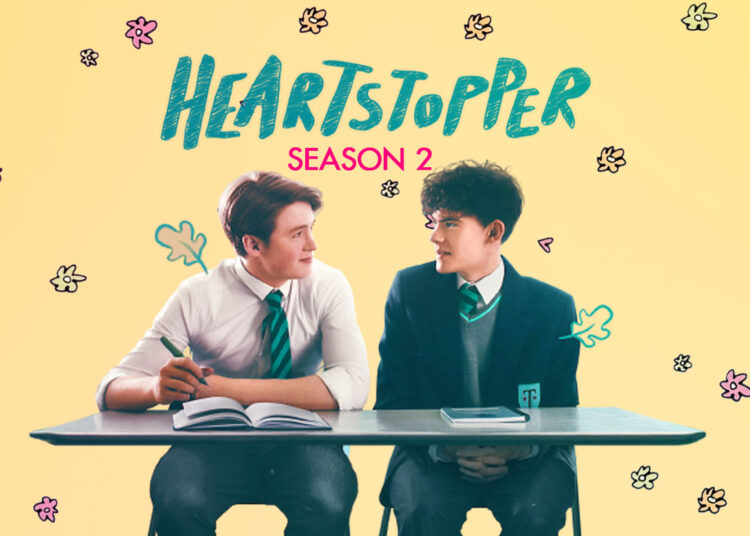 Heartstopper Seasons 2 has been renewed by Netflix, Here we have its expected Release date, plot, and other important details. This year, Heartstopper captured our hearts. Everyone needs the teen TV series based on an online comic by Alice Oseman, and we already miss it! The second season — and third season! — of Heartstopper has been confirmed, according to the show’s creator and author Alice Oseman, on May 20, 2022.

Oseman remarked in an interview with Radio Times in April 2022, “To tell the entire narrative, four seasons would likely be necessary. I haven’t done any detailed planning or anything, but I believe four seasons might work because it’s simple to divide the books into seasons.” It’s safe to presume that Heartstopper Seasons 2 will concentrate on storylines from Heartstopper Volume 3 since the first season covered Volumes 1 and 2 of the graphic novels.

What can happen in Heartstopper Seasons 2?

Truham-Higgs students in Grades 10 and 11 travel to Paris as part of one of the volume’s major plot points. The Paris vacation causes quite a few things in the comics, including typical teenage mischief, new partners, and some secrets.

A casting call for Sahar Zahid, a character who will be introduced in Heartstopper Seasons 2, was posted on Instagram on July 8 by Alice Oseman and the official Heartstopper TV account.

Arabian Sahar Zahid appears in the Heartstopper comics. She currently attends Truham after previously attending Higgins. She also plays a significant role in the “Paris Squad,” a group of kids that hangs out together while attending the joint school’s trip to Paris and includes Nick and Charlie.

Although Sahar’s part in the novel is quite small, the casting call suggests that she will play a more significant role in the production, which is fantastic! As discussed earlier, some mysteries are revealed on the trip to Paris. No danger to your relationship, don’t be concerned! However, some of the issues with their mental health that our adored characters will be discussing may be painful to witness in Heartstopper Seasons 2.

I know it hurts to learn that we won’t see the Heartstopper Seasons 2 until 2023! However, given that we don’t even know when filming will begin and that the Sahara casting call had a deadline of July 25, 2022, it will probably be some time before we see the eagerly awaited second season. Hold on tight!