New music from Michele Morrone has always been an exciting way to start your weekend. 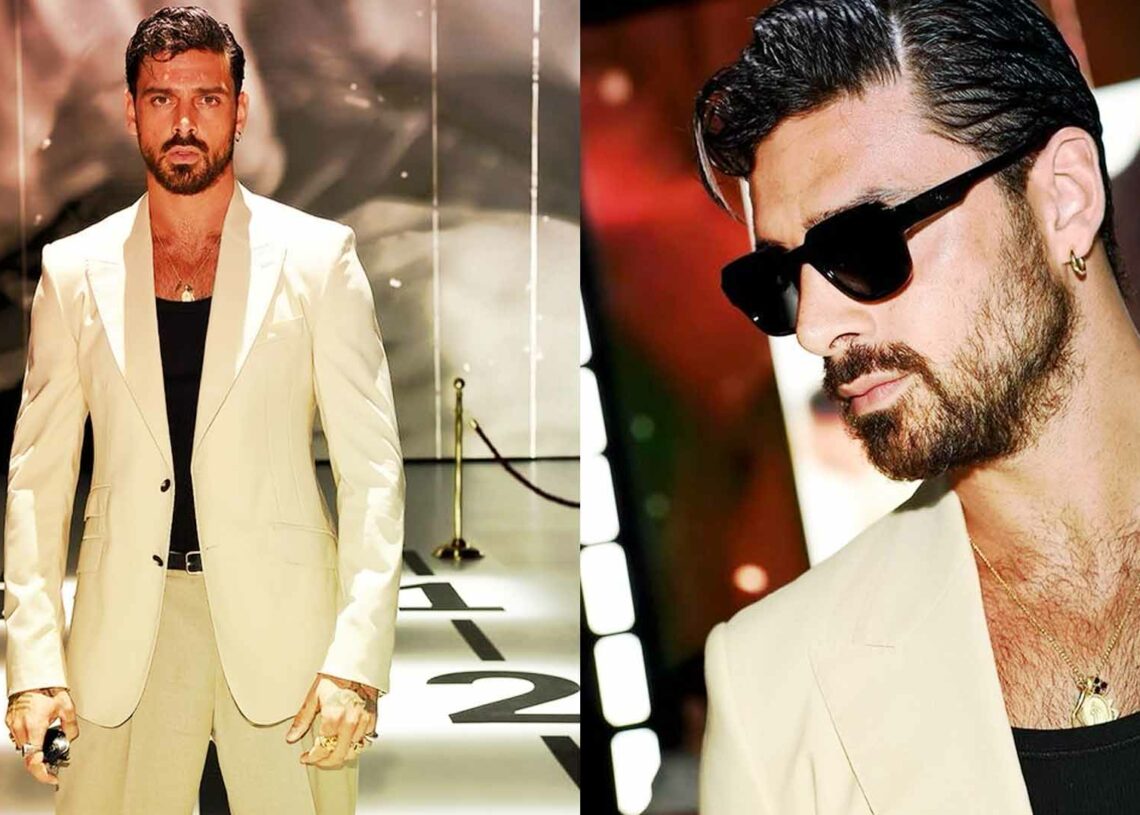 Michele’s father Natale worked as a construction worker. He dies in 2003 when Michele was of 12 years only. His mother, Angela was a seamstress. His parents were from Bitonto. Later the family moved to Melegnano in order to find better employment opportunities as their children grew younger.

Morrone married Rouba Saadeh in 2014. She was a Lebanese stylist. The couple had a civil wedding in Italy and Lebanon. Unfortunately, the couple separated in 2018.

Just like other children, Morrone saw a dream to become an actor after watching a Harry Potter film at age 11.

But unlike others, he worked to make his dream come true. At his middle school, He began acting in a school program. Morrone repeated his first year of High School after being kept back for bad behavior. Later, He studied professional acting in a theater in the city of Pavia, at the Teatro Fraschini di Pavia.

Morrone is a professional guitarist and singer. Just by watching his youtube videos, he learned to play guitar at the age of 25.

Then He released an album titled Dark Room which has several songs featured in the official 365 Days soundtrack including one of his most famous songs, “Feel It”, which has scenes with actress Anna Maria Sieklucka (Laura Biel). His album was released on 14 February 2020. It was produced by label company AGORA S.A.

Morrone joined YOUTUBE on 16 January 2020. He gained over one million subscribers with 104 million overall views on his channel. The most viewed video on his channel is the music video for “Feel it”, which has gained 51 million views.

New music from Michele Morrone has always been an exciting way to start your weekend. The Italian singer and actor delighted everyone with his latest rock-infused pop cut Player. Co-writes of Michele are Dominic Buczkowski and Julien Boverod. Along with them Patryk Kumór, Kumór and Buczkowski are also producing.

With a pounding bassline and near Mediterranean-inspired production layered with sharp electronics, Michele’s gravelly vocals sit nicely atop the varied musical tableau. The Player follows previous singles Beautiful and Another Day which the heartthrob also released through Universal Music Germany. The singer is set to release his second studio album this autumn.

“My new song “Player” is about me and my path to true love. So often it seems to me that I’m desired by everyone, but no one wants to take the risk of accepting me as I am. They’re afraid of how I live my life – always on the move around the world, playing different roles and working as a singer. I’m never sure if they’re interested in me as a person, or in what I represent to the outside world.”