Jennifer Aniston was seen in bikini top and makeup free look while enjoying time at beach! 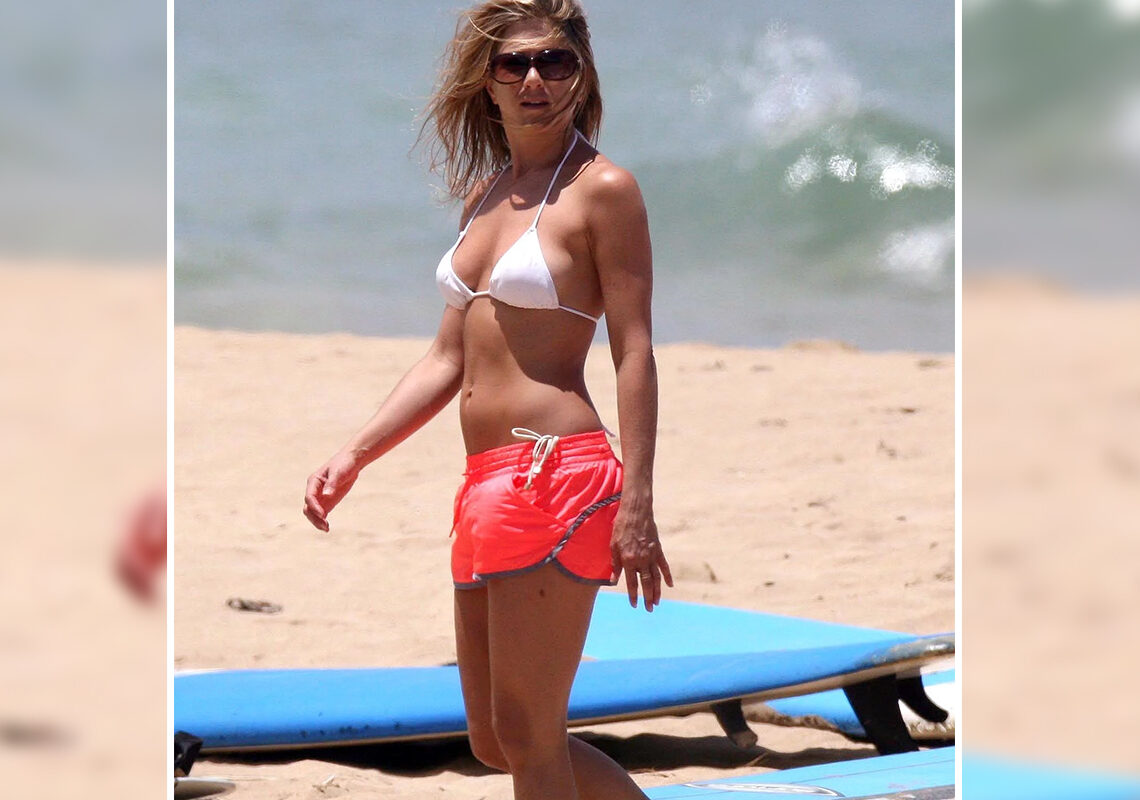 Jennifer Aniston Update: We have seen a lot of celebrities rocking the fashion as well as enhancing their body without looking after their age. It is said that Hollywood is ageless and it can be applied to all the celebrities of Hollywood whether they are teenagers or crossed their middle age.

Sometimes it is related to giving one of the best red carpet looks while other times bikini looks are appropriable. Something like this was seen with actress Jennifer Aniston who was recently seen in a black bikini top while enjoying her time at the beach.

With no wonder, Jennifer Aniston knows how to keep her fans updated with her new look. The 53-year-old actress was seen enjoying her time at the beach and having a perfect time in summer. The actress has uploaded some pictures on her Instagram where she posed for a selfie while wearing a black bikini. She was also seen wearing sunglasses and appeared makeup free with her wavy hair.

The actress has captioned her picture with nothing but some emojis like that of a Sun and a heart. In the background, one can see the clear waters and clear sands while Jennifer Aniston was looking straight into the camera. She was also wearing a cap that is working very perfectly to give some shades.

After seeing these pictures, a lot of fans commented that “Is she 53?” and some have called her one of the most beautiful actresses existing. One of the fans has also shared love and called her a beauty.

This selfie of her came after some time when she cut her hair at the beginning of the summer. It was shared by her hairstylist on Instagram where she posed with him in a black and white dress. Her hairstylist has captioned it ca good haircut should do the work so you can just wash and wear your hair natural for the summer.”

When it comes to the new look of Jennifer Aniston than a lot of fans are liking it. It is not the first time when she went to change her hair length. It doesn’t matter whatever is her length, she still looks so beautiful and can blow the mind of her fans.

It was just a few months ago when Jennifer Aniston shared some of her favorite routines like doing yoga and exercise to keep her body healthy. She showed her flexible body and inspired her fans to do the same.

It was also a few days ago when the actress shared a very memorable time with Ellen. She has shared a clip of 19 years ago when both of them had a very fun moment together in the show. She has given a little tribute to the host of a show called The Ellen Show and said she is going to miss her.