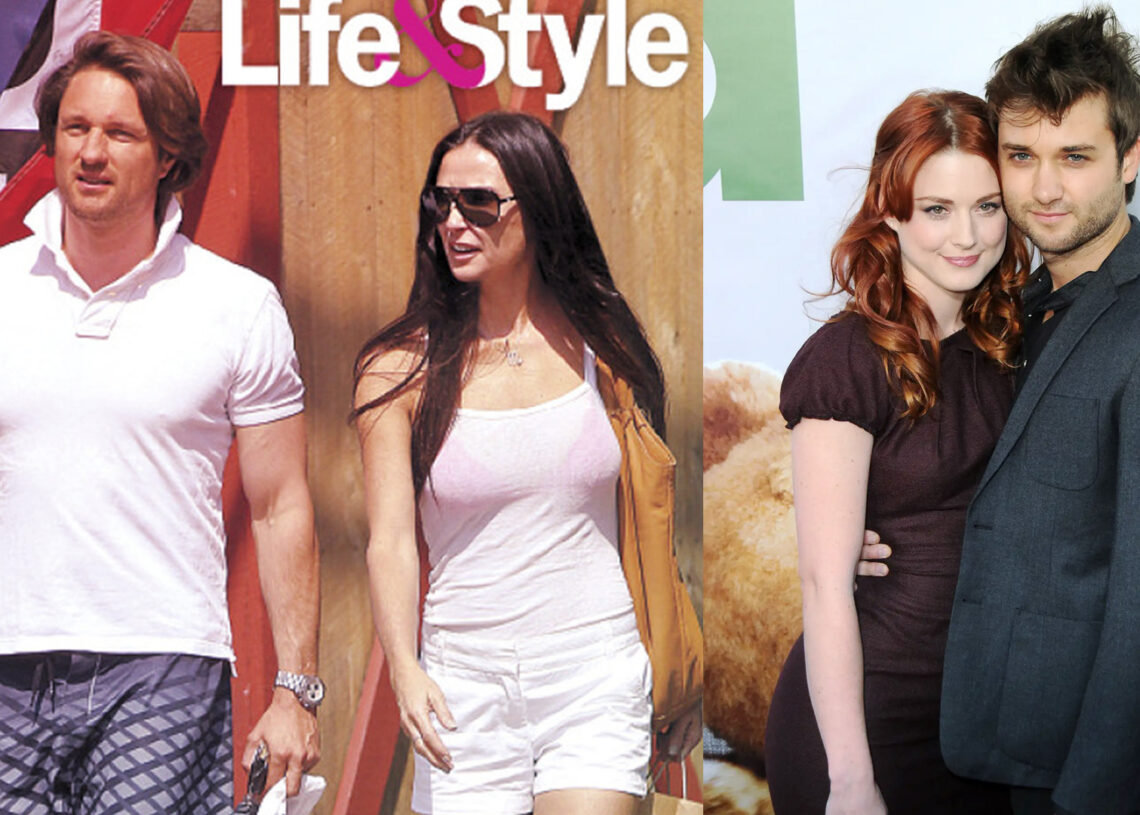 Well, the feel-good drama Virgin River centers on 30-year-old Melinda “Mel” Monroe, who responds to an advertisement for a nurse position in the small town of Virgin River in Northern California, believing it will be the ideal setting for a fresh start after a difficult few years.

She quickly learns, however, that small-town life isn’t nearly as straightforward as she had imagined, and she finds herself in a convoluted love triangle with friend Charmaine and local bar owner Jack Sheridan.

The series, based on Robyn Carr’s novels of the same name, has been hugely successful with fans, but have you ever wondered about the show’s stars’ life away from the cameras? After conducting some research, here is everything you need to know about the actors and their significant real-life partners…

The show’s star, nurse practitioner and midwife Mel, played by Alexandra Breckenridge, moves to the peaceful Virgin River after losing her spouse. However, in the real world, Alexandra is a contentedly married woman to the musician Casey Hooper, who serves as the main guitarist for pop singer Katy Perry.

After getting to know one another over the course of a few years at a Grammys after-party, the two celebrated their love by getting married in 2015. They are the parents of two small children together, a son named Jack, who is four years old, and a daughter named Billie, who is three years old.

Tim Matheson, who plays Vernon “Doc” Mullins, the town’s doctor, completes the major cast of the program. The actor, who gained notoriety in National Lampoon’s Animal House in the 1980s, has wed three times.

At the age of 21, he married Jennifer Leak, a famous actress, for the first time. Only three years into their marriage, the couple made the decision to divorce. In 1985, he was married once more, this time to Megan Murphy Matheson. They divorced after 25 years of marriage, but he only recently found love again. He wed Elizabeth Marighetto, an actress who works in theatre, in 2018.

Jack, a former US marine turned bartender, is played by New Zealand-born actor Martin Henderson, who is also well-known for his work on Grey’s Anatomy. Model Aisha Mendez from Mexico is thought to be dating a 46-year-old celebrity.

Early in 2020, the couple announced their romance on Instagram with a sweet message, but it has since been removed, leading many to believe that they have subsequently broken up. The TV personality was previously linked to actress Demi Moore in 2012 and had previously been in a relationship with film producer and director Helen Randag. The two were only ever friends, despite the fact that they shared a kiss in the music video for Britney Spears’ smash hit Toxic.

Colin Lawrence, who also goes by the stage name Playing Preacher, is a good buddy of Jack’s who works as the chef at the bar. For more than 20 years, he has been married to the actress Lucia Walters, with whom he has two young daughters.

On-off girlfriend of Jack, Lauren Hammersley, who portrays Charmaine, is a secretive person who wants to keep her love life a secret.

Although there is no indication that she is married or dating anyone on her social media accounts, she might simply wish to keep her relationship status a secret. We do know that she and her darling pets reside in a lovely property in the Canadian province of Nova Scotia.

Sadly, Annette O’Toole didn’t feature in season three of the Netflix series because she was unable to travel to Vancouver last year when production was taking place due to coronavirus restrictions and concerns.

The 69-year-old actress, however, had returned for season four. Aside from her work on the program, Annette has been married twice. In 1983, she got married to actor Bill Geisslinger, but the relationship didn’t last, and they parted ways ten years later. She then married Michael McKean, an actor and musician best known for his roles on Better Call Saul, Grace and Frankie, and Saturday Night Live, in 1999.

Allen, Benjamin Actor Nicolas Hollingsworth is from Canada. His work on the CBS television series Code Black may be what makes him most well-known. After dating Nila Myers for two years, Hollingsworth wed the lingerie designer and Bar Method instructor on November 10, 2012.

The couple has three children: a daughter born on October 15, 2020, two sons born on July 3, 2016, and March 16, 2018. From 2006 until 2009, Hollingsworth was also romantically linked to fellow Canadian actress Nina Dobrev. They knew one another through their time spent living together prior to beginning a romantic relationship.