HouseBroken Season 2: Renewal Status, Plot & Everything You Need To Know

Already a fan of the new sitcom series? Here is all the details to update you about the awaited second season of HouseBroken!

by Rudranil Chattopadhyay
Reading Time: 3 mins read
A A
1 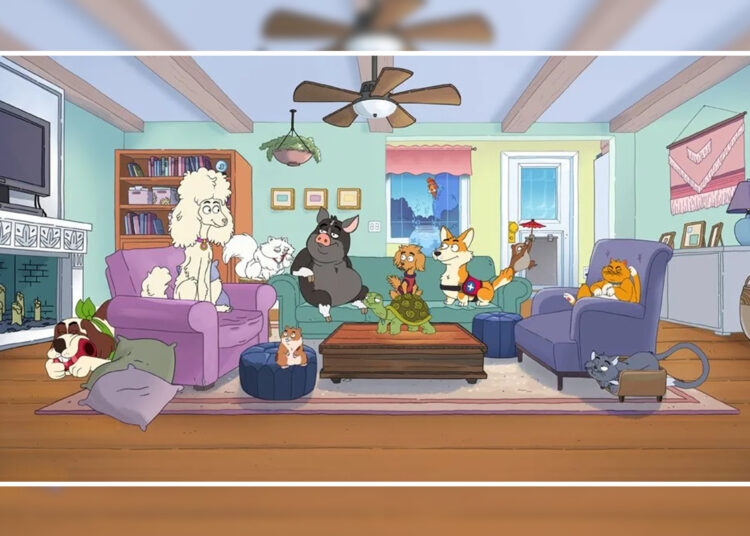 HouseBroken Season 2 Update: November 2022 will be the time for the HouseBroken season 2 to uncover itself for its recently developed fanbase. It was really a long wait after May 2021 for the second season of HouseBroken. Though it is not finished yet, we can confirm the two-holiday episodes in November of this year and the second season in its entirety in the summer of 2023.

Are you a sitcom fan? Does the genre of animated sitcom interest you more than anything? Then you have obviously become a fan of HouseBroken by now. And this is the article you need now, as the second season of the already popular sitcom comedy is approaching. Go through the entire article and update yourself with every detail about your favorite HouseBroken!

The American adult animated comedy, as well as a sitcom TV show, debuted on FOX in May 2021. The series focuses on anthropomorphism, the special ability of Non-human creatures to act like human beings in respect of emotions or any other domain.

Honey, the dog in HouseBroken is of such a kind. She has mastery in psychiatry. She leads a group of other animals with such ability in her neighborhood to do therapy sessions.

The first season of HouseBroken consists of 11 episodes and the last episode has two parts. Each of the episodes has 21-22 minutes of running time. The storyline for the upcoming season is surely going to be intriguing. It is the unique plot of the sitcom series which makes it so much popular within a little time.

We can expect the same cast of Honey and her team in the second season of HouseBroken. The cast members ie the voice artists of the show are Lisa Kudrow as Honey, Clea DuVall as Elsa, Nat Faxon as Chief, Will Forte as Shel, Tony Hale as Diablo/Max, Sharon Horgan as Tabitha, Jason Mantzoukas as The Gray One, Sam Richardson as Chico, Greta Lee as Bubbles, Bresha Webb as Nibbles, Maria Bamford as Jill/Darla, Brian Tyree Henry as Armando, Timothy Simons as Raccoon, and Nicole Sullivan as Little Cookie.

Now it is all about looking forward to November 2022. HouseBroken is coming back with an entirely new set of activities for Honey and company. After the holiday episodes, the wait is going to be a little extended anyway. But obviously, the fruit will be sweet and even more than that. So, stick to FOX during this November and summer, of 2023. You just don’t want to miss a single minute of HouseBroken season 2.