The Great North Season 3: Confirmed Release Date And Every Update

You are surely obsessed with the adult animated sitcom by now! Go through the article to know about confirm release date, plot, cast and all other details regarding the upcoming season of the show

by Rudranil Chattopadhyay
Reading Time: 3 mins read
A A
1 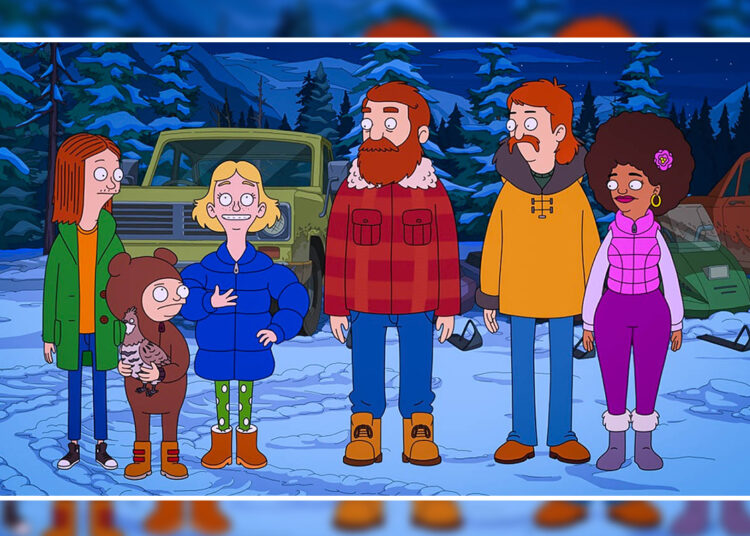 The Great North Season 3 Update: Be ready for another season of the American adult animated sitcom The Great North. The season is going to premiere on the 25th of this September! What can be greater news than this!

It is no wonder that you are looking for something to update you about your favorite show’s upcoming season. And this is that very article for you. Go through the end of the article to gather all the latest information about The Great North season 3.

The American adult sitcom debuted on FOX on the 3rd of January, 2021. In June 2020, the series was renewed for its second season. The third season was confirmed by May 2021. After almost a year from its second season’s premiere date, it is coming on screen this September.

The series is all about a single father, Beef Tobin. He lives in the fictional town of Lone Moose, Alaska. His four children are Wolf, Ham, Judy, and Moon. Beef’s entire life is about raising his children and keeping the family together. His fatherhood is not always a knife-cutting cheese.

The family faces different problems. But Beef’s love for his family is the tone of the series. Each episode in some way or other reflects his love and concern for his family.

The first season consisted of 11 episodes, and the second was 22. Roughly every episode has 21-22 minutes of running time. The third season will consist of 22 episodes like the previous season. Starting from 25th September, The Great North season three will continue up to spring of 2023.

Undoubtedly FOX will keep a show like The Great North for a long time. The storyline including the typical fictional location and timeline attacks a lot of people who find the animation, especially that too of FOX’s level fascinating.

Wendy Molyneux, Lizzie Molyneux, and Minty Lewis created the fan-favorite show. Both of the three are the executive producers of the show including Loren Bouchard.

Bouchard is more than famous for Bob’s Burger and Central Park. The Great North is almost of the same kind. That is one of the major reasons behind the success of the series.

Finally, it is all about the 25th of September. The third season of The Great North has already created much hype among the fans. Let’s hope for another beautiful season in The Great North.