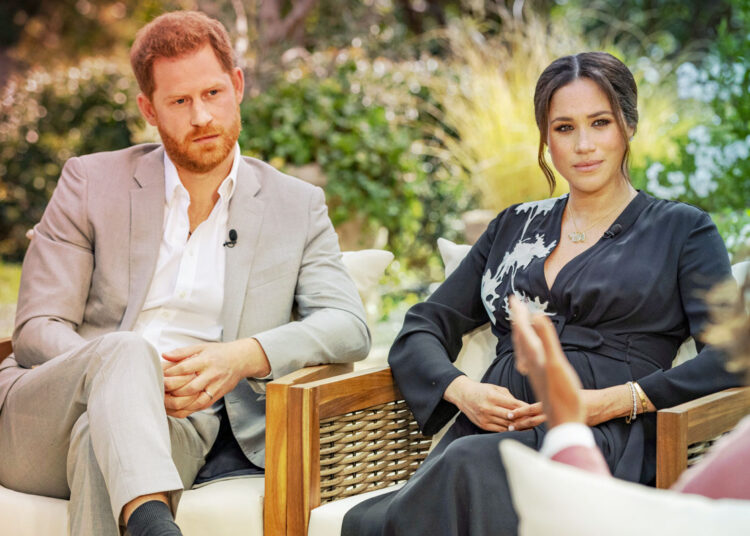 The royal couple Megan Markle and Prince Harry revealed, how when, and where Prince Harry felt Meghan Markle is the perfect one for him.

Love has no reason to fall for because it happens unconditionally and selflessly. We have seen a lot of celebrities whom we have never expected to come together but they ended up becoming one of the best couples in Hollywood.

From the very first day to the day they got married, everything becomes a fairy tale and lovable. Talking about such things then Prince Harry opened up about the moment he fell for Meghan Markle.

The royal couple Megan Markle and Prince Harry are considered to be one of the best couples ever existing in the world. Not just related to the royal family, but also in terms of Hollywood, the couple has given a lot of goals to other celebrities.

Meghan Markle, the former actress recently got the biggest shoutout from her husband Prince Harry. It was the time when Prince Harry was giving a speech at United Nations on 18 July.

He has made an appearance in New York and delivered how important Africa is to him. He has also opened up that Africa is also the place where he found the love of his life, which is Meghan Markle.

Prince Harry said: “For most of my life, it has been my lifeline, a place where I found peace and healing time and time again. It’s where I felt closest to my mother and sought solace after she died, and where I knew I had found a soulmate in my wife”.

He remembers the time in 2016 when he went on a trip to Africa. He managed Meghan Markle to come and join him in Botswana. They came together and she joined him for almost 5 days. Prince Harry called those 5 days the most fantastic ones. He has also made sure that they can know each other very well in those 5 days.

After discussing his wife, he went to his late mother Princess Diana, and the time she brought him to Africa. He also remembers the time when Princess Diana met Nelson Mandela in 1997. He has also praised the President of South Africa and said that he is still seeing the goodness of humanity.