Nick Jonas has shared his loved and wished his wife Priyanka Chopra a haapy birthday and called her jewl of July! 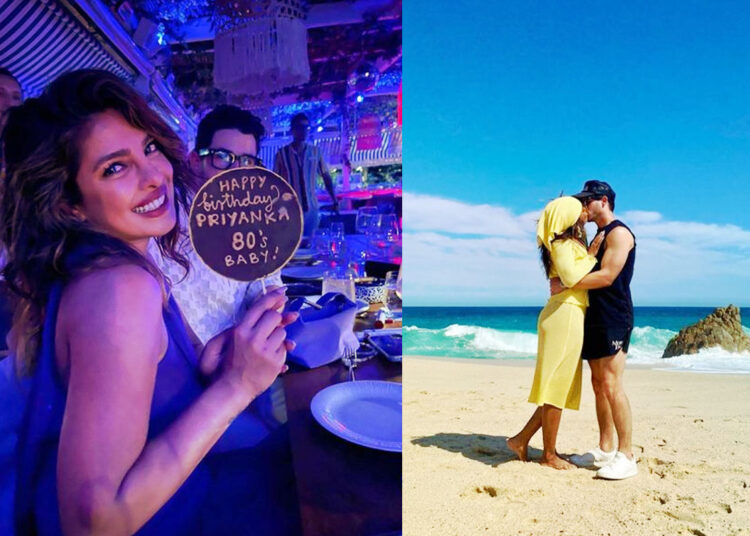 Nick Jonas kissed his wife Priyanka Chopra on her 40th Birthday. It is very rare to see any celebrity expressing their love towards their partner on social media until and unless it is a big thing or celebration or a birthday.

We have seen a lot of celebrities giving tribute to their partners on a very special occasion, like that birthday or festival.

The actress Priyanka Chopra turned 40 on 18 July 2022. And due to this occasion, her husband Nick Jonas has given a little sweet message to his wife by sharing a very adorable picture of them kissing on a beach. He has wished his wife the happiest birthday and called her the jewel of July. He has also shared that he is very honored to have her in his ride of life.

Nick Jonas has uploaded a series of pictures in which the first one is them kissing on a beach where the blue sky and blue waters can be seen in the background. Priyanka Chopra was wearing a yellow top with a matching yellow skirt while Nick Jonas was seen wearing a black t-shirt with a black shirt and sneakers. He was also seen wearing a black cap and black sunglasses while holding his wife for a kiss.

The second picture was related to Priyanka holding a tag of an 80’s baby while Jonas was seen behind her. The couple was seen sitting together at a table as if they were on some date or maybe a family or friends’ celebration.

The third picture was very adorable as Nick Jonas was seen holding a towel that have the print of Priyanka and the Jewel of July. In the last picture, Nick Jonas was seen in the night dress while Priyanka was wearing a very beautiful red dress and they both were watching some fireworks. The couple was holding each other and hugging on the beach while taking look at some fireworks.

After this post of Nick Jonas, a lot of fans came forward and commented with some adorable words. Some of them called the couple the best in the world while others wished them all the best.

Nick Jonas and Priyanka Chopra welcomed there their first baby on 15th January who is now 6 months old. They have named their baby girl Malti. The time after delivery was very difficult for them as their baby has spent more than 100 days in NICU.