Prince Harry Shared how Queen Elizabeth was close to the childbirth of Meghan Markle in 2018! 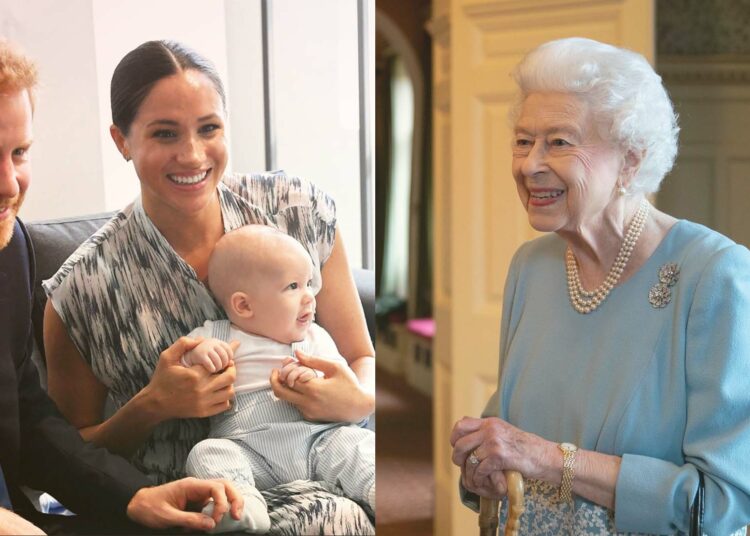 Prince Harry has recently revealed how Queen Elizabeth was sharing a bond with his wife Meghan Markle related to childbirth. We have seen a lot of celebrities going through tough times and difficulties that have given them one of the lowest phases in their life.

And if we talk about anyone who remained with them then it is definitely their loved one. If we talk about something related to the royal family then we are very much aware of the circumstances that are happening there.

In between all the revelations that were made by Prince Harry, he recently revealed how Queen Elizabeth, that is his grandmother, was bonding with Meghan Markle related to childbirth. They have very upset relations with the royal family however, it went well with Queen Elizabeth II.

Prince Harry has recalled the early days of their marriage and the bonding that the Queen shared with Meghan Markle. Meghan Markle was excited related to the conversation that was there with the queen in June 2018. Prince Harry said:

“We talked about how much I wanted to be a mom and she told me the best way to induce labor was a good bumpy car ride! I told her I’d remember that when the time came.”

Prince Harry recorded this moment almost 4 months after the death of the Queen which happened in September 2022. She ruled for over 70 years as the queen of the United Kingdom and died at the age of 96.

It was recently when Prince Harry talked about the moment when his wife Meghan Markle was left sobbing on the floor. It was related to a message given by Kate Middleton to the former actress Meghan Markle.

The message was related to the dress fitting of the bridesmaid who was there to be Princess Charlotte. The dress was not fit for The Princess and that’s the reason why whole things became a fuss.

The story recently came that Meghan Markle was banned from the home of the Queen at Balmoral castle. She was banned by King Charles, in response to Prince Harry telling his dad not to talk in that way to his wife. It was also revealed that Kate Middleton was asked not to attend that day as it would not be appropriate for it. The source further went and said:

“It was pointed out to him that Kate was not going and that the numbers really should be limited to the very closest family.”