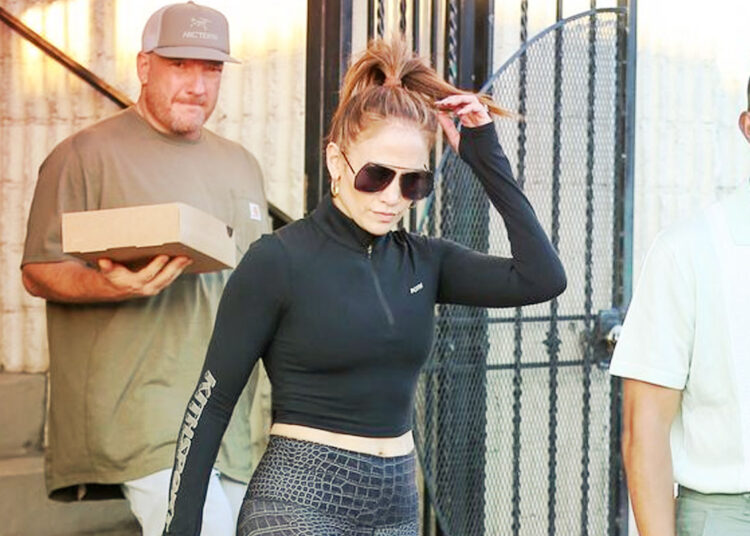 Jennifer Lopez Spotted First Time Seen For The First Time After Her Wedding! We have seen a lot of celebrities spending time together with family and friends and celebrating some occasion. But after these occasions, they have gone back to their work with the same enthusiasm and energy.

The singer and actress Jennifer Lopez recently got married to her partner Ben Affleck. It was a private ceremony where there was just involvement of family and close friends. Jennifer Lopez has shared some of the pictures and the movement in her newsletter.

Jennifer Lopez heading back to work after her wedding

After 20 years of separation and patience, the couple got married on 16 July 2022. The actress is already given a glimpse of a wedding day on Instagram where we can see her on the bed. She was seen in a makeup-free look and was holding a camera. One can see the beautiful wedding ring on her hand. The actress was seen sleeping on her white bed while giving a very little smile to her camera.

It is also rumored that the couple is going to celebrate this happiness with a great celebration. They are going to invite some of the celebrities and also their family and friends to the party. The confirmation of this rumor has not been confirmed by any of the parties but a lot of fans are considering it true.

Coming to the adorable relationship between Jennifer Lopez and Ben Affleck then the couple is very happy together as they have always wanted to get married.

And it is not just the couple but also the children who are happy to see their parents happy. They have formed great bonding with each other’s children and that is the reason why marriage has become a great role for them.