Brad Pitt Was Looking Dashing As He Arrived To Promote His Upcoming Movie!

Brad Pitt arrived in light dress as he was seen promoting his movie Bullet Train! 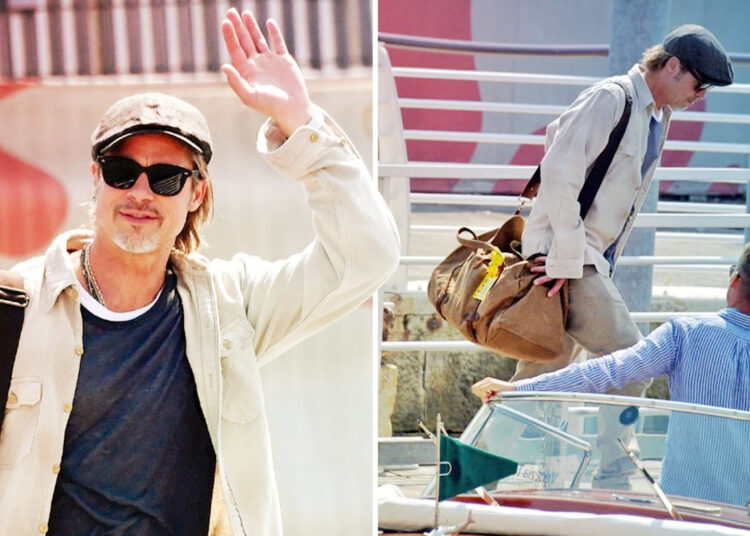 Brad Pitt was spotted promoting his upcoming film in Paris. A lot of film promotion and series promotion is going on and with no doubt, the actors are ruling in it. Sometimes it is also related to events and other times it is just a casual outing.

When it comes to promoting any films and having interaction with fans then there were a lot of celebrities who got recently spotted in their best look. Among them is the actor Brad Pitt who was recently seen in his best look while promoting his upcoming film Bullet Train.

The 58-year-old actor Brad Pitt arrived in Paris for the promotion of his upcoming film. He was looking very stylish and giving a fashion goal to others in his Orange shirt. The actor waved to his fans and had little interaction with them. When it comes to his overall look then he was matching his Orange Shirt with a peach suit.

The overall look of Brad Pitt was matching with the vibes of Summer. The actor was also seen in sunglasses and having a pair of sneakers in white color. The actor was smiling continuously at the crowds and was looking ageless.

When it comes to his upcoming film called Bullet Train then it is going to release in theatres on 5 August 2022. The film is under production by Sony Pictures and right now all the cast members are in Paris for promotion.

The story of the film is related to action where the protagonist places the role of one of the 5 assassins. It was related to a bullet train that goes from Tokyo and arrives at Morioka. All the five casts realize that they all are on a single mission and that’s how the story continues. When it comes to the role of Brad Pitt then he is also playing one of the assassins whose name is Ladybug.

The film has an abundance of star casts in which Brad Pitt is playing the lead. The other actors are Joey King, Sandra Bullock, Aaron Tylor, Brian Tyree Henry, and Andrew Koji.

He recently got spotted in Europe with his children, Zahara, Vivienne, and Shiloh. It is the birthday of the twins, that has led Brad Pitt to enjoy the time with the children. When it comes to the mother Angelina Jolie, then she is right now busy with her upcoming project call without blood. The film, Without Blood, is based on a novel which is written by Alessandro Baricco.