Rihanna was promoting her beauty line Fenty Beauty after giving birth to a baby boy! 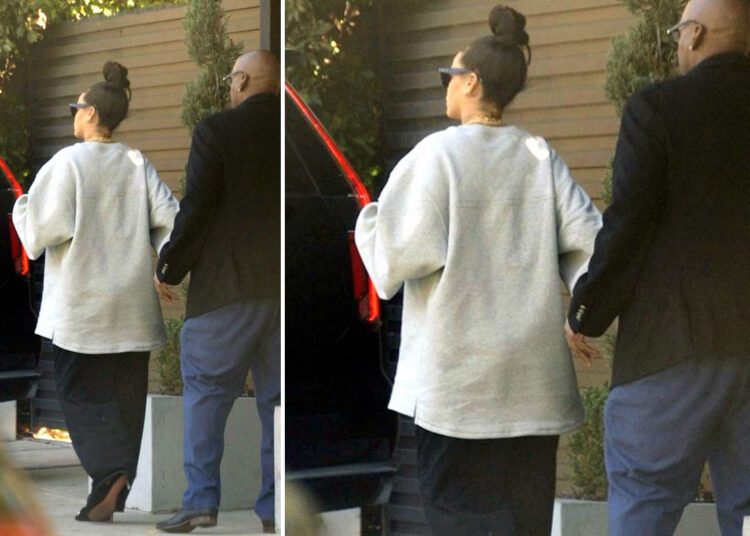 Rihanna Update: It is very hard to continue professional work very quickly after giving birth to a child. But it is only females who can do it as they are God-gifted with the process of giving a new life to this world. The same applies to a lot of celebrities who continued with their work soon after they have given birth to their child.

Among them is the singer Rihanna who was recently seen for the first time since she has given birth. It was related to promoting her beauty brand called Fenty Beauty.

Without a doubt, Rihanna has always given an example to the world related to their work and also in many ways. The singer was recently seen promoting her makeup line and also her skincare line called Fenty Beauty. She uploaded a video on YouTube on 1 July 2022 where she has shown her glowing skin.

The singer was there to promote the limited edition of her summer lip gloss. The 34-year-old singer was seen wearing a black dress and their hair was tied up with little burns. The singer was also seen giving some poses to the camera and smiling very beautifully.

It was the first time since she has given birth to her first child with A$AP Rocky. She has given birth to a baby boy a few weeks ago and is enjoying her motherhood. The couple came together in 2020 after having a long time of friendship relation between them. It was in 2022 January when Rihanna announced that she is pregnant by giving us a Maternity photoshoot.

According to some sources, the couple is more in love with each other than they used to be before the arrival of their baby boy. The couple is taking care of each other and is enjoying the phase of parenting. It is said that Rihanna has fallen in love even more with the rapper as she is very happy to see the bond between a father and son. She is loving the father’s side of Rocky.

The singer has always known that how Rocky is very much close with his nephews and niece but she never thought that he would be handling his parenting so well. The rapper has not even left the side of Rihanna in any way as he wants to cherish every moment.