Where the cast members of upcoming film 'Valley of the Dead' have been seen before? 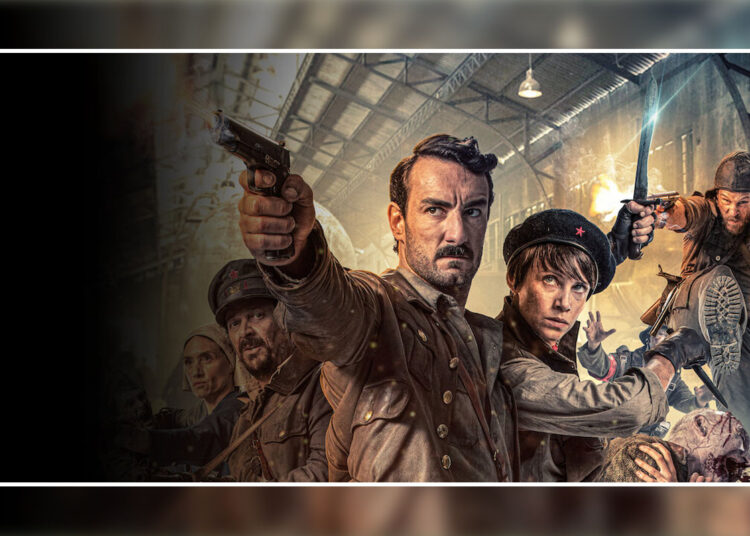 Valley of the Dead Update: One more zombie apocalypse movie has been gifted by Netflix once again. This time the film is ready to present zombies with a new twist. Here zombies are not any ordinary zombies, they are Nazi-turned zombies which will surely add another dimension to the otherwise predictable plot of the film.

They are created in a Nazi experiment. The setting of the story is the Spanish Civil War. A number of people who are sworn enemies of each other now have to work together to fight those zombies.

Valley of the Dead- Miki Esparbé:
Spanish actor Miki Esparbé will be seen as a cast member in the upcoming film. Mostly known for his role in the film ‘Off Course’, Esparbé began his acting career with a series named ‘Pop ràpid’ where he played the role of Toni. In 2015 he starred in the Spanish sitcom ‘Anclados’ as Raimundo.

The next year he appeared as a guest star in the Spanish fantasy tv series ‘El Ministerio del Tiempo whose English title is ‘The Ministry of Time’. In 2019 Esparbé co-starred with Álvaro Cervantes and Hugo Silva as Martín Pulido. In 2021 he was cast in three series ‘Los espabilados’, ‘El inocente’, and ‘Reyes de la noche’.

Esparbé played the role of Gustavo in Leticia Dolera’s 2015 Spanish comedy movie ‘Requirements to Be a Normal Person’. The same year he also starred as Rafa in ‘Off Course’. In 2016 he starred in three films- ‘Rumbos’, ‘El tei born, and ‘Cuerpo de élite’ and in 2017 in two films’-

‘It’s for Your Own Good’ and ‘Can’t Say Goodbye’. In 2018 Esparbé starred in ‘Distances’ as a character called Comas, in 2020 he played the role of Jan Lozano in ‘Malnazidos’, and the next year the role of Iván in ‘Out of Sync’.

Valley of the Dead- Luis Callejo:
Spanish actor Luis Callejo played the role of Khaled in the 2005 comedy film ‘The Longest Penalty Shot in the World. In 2010 he starred in ‘For the Good of Others’ as Carlos.

Valley of the Dead- Aura Sánchez:
Spanish actress Aura Sánchez is one other cast member of the upcoming movie who has been seen before in a number of tv series and films. In 2009 she appeared in four episodes of the Spanish teen drama ‘Física o Química’. In 2010 she played the role of Esther in ‘La pecera de Eva’, in 2011 the role of Valeria in ‘Ángel o demonio’ and of Miriam Mullor in ‘Crematorio’.

The next year she appeared in six episodes of the historical tv series ‘Imperium’ as Cora. In 2014 she starred as Pilar Yagüe in ‘Hermanos’. In 2015 Sánchez was cast as Luis de Alquézar in Spanish adventure series ‘Las aventuras del Capitán Altriste’.

Must Read Rihanna Was Seen For The First Time Since Giving Birth To A Boy!

Jesús Carroza:
Spanish actor Carroza, who is the winner of the Goya Awards for his role in ‘7 Virgins’ will also be seen acting in the movie. In 2018 he was cast as one of the main characters Jesús Carroza in Mariano Barroso’s created Spanish period drama series ‘What the Future Holds’. Other than ‘7 Virgins’, the films in which he appeared are ‘Che’, ‘Celda 211’, ‘Miel de naranjas’, ‘Unit 7’, ‘El Niño’, ‘Marshland’ etc.