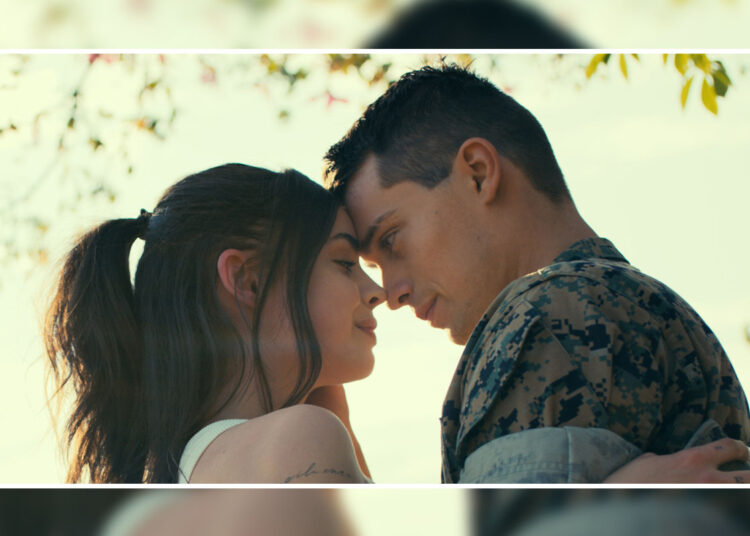 Purple Hearts Update- In this era of digitalisation where what a person is feeling is depicted with the help of emoticons and hearts , So what does the purple heart represents, it represents love, support, close bonds, and admiration. All the BTS fans out there must know what ‘I purple you’ means.

Why so much discussion about purple heart? Yes today lets get some insights about the Netflix new movie  ‘Purple Hearts’. It would premiere on 29th July 2022 on Netflix . The story of the movie is inspired by the book ”The same name” written by Tess Wakefield.

Reviewing The Trailer Of Purple Hearts

The Sneak peek already set the bars high and made the Netizens awstruck and enthusiatic to watch the movie . The angelic voice , the picturization , the emotions all came out so well that it succeeded in touching every single heart .

The small clip shows how Luke gets dwell into the song sung by her wife Cassie , the emotions with which she is singing the song reaches out to the heart of every soldier and drawing them closer so they can feel it more closely. The adjustment between Luke and Cassie now seems to be turning into love as Luke proudly introduces Cassie as his wife.

Protagonists of the story

Sofia Carson, with her mesmerizing and comely voice already winning the hearts from the sneak peek of the movie aka Cassie.

Nicholas Galitzine, this charming and macho man is also leaving impression on fan’s hearts with his realistic performance aka Luke.

Insights about the plot

The story revolves around the love story of Cassie, an aspiring and struggling singer and song writer and Luke, a military man. When destiny plays its game, they both marry for their convenience.

Okay, lets try to understand by breaking down series of events.

Cassie, a mentally keen girl who is an aspiring musician make her living by working at a night bar in Austin, her course of life changes when she get diagnosed with Type 2 Diabetes ,gradually her expenses of medications keeps on hiking, making her worried and concoct a master plan which is to get married to an Army Officer which would eventually get her medical insurance ,that will incur all her expenses of medical bills.

For this motive she approached her friend named Frankie who is serving the army, but to her bad luck he refuses to marry her . What is destined to happen will definitely happen, to Cassie’s amazement her friend Luke who is intense and handsome volunteered to marry her.

Cassie was unknown of the fact that what is driving Luke to marry her as Luke was also having his own secret reasons to marry Cassie. During the course of the story when the disclosure of Luke’s motive to marry cassie will take place then the story will take a different turn and the way cassie reacts will decide the future of their marriage.

This marriage was driven by a vice-versa favour for one another ,as the story progresses it will be quite amusing to see how their self-motive driven marriage turns out to be a exquisite love story and blooms the flower of romance between them.

So do witness this complicated yet beautiful love story of Cassie and Luke.