What happens when a struggling singer-songwriter and a troubled marine agree to marry for military benefits? Is it a happy ending or not? 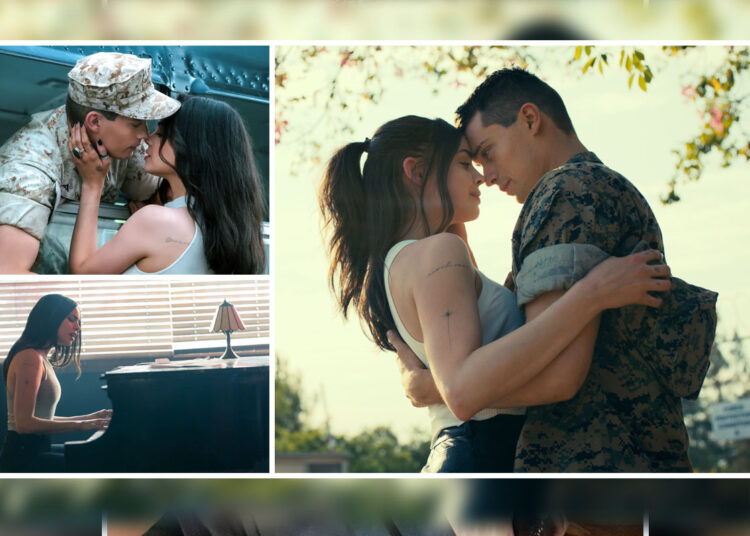 Purple Hearts: This summer, Netflix will bloom with great love stories from all seasons. Purple Hearts is among those on the list; this is one of the new young adult films in which several armed service members play the character.

Purple Hearts is a film adaptation of Tess Wakefield’s 2017 novel of the same name. The film is directed by Elizabeth Allen Rosenbaum, who also led Dead to Me. Kyle Jarrow and Liz Garcia co-wrote the screenplay for Purple Hearts.

The most recent Netflix update regarding the film’s release was on July 29, 2022. To pique the appetite for the film, Netflix has released a trailer. Where we can, Cassie is singing a song in a video called “come back home,” which touched the hearts of the other military members, including Luke, who told them that she is his wife.

This story, like all love stories, tells a unique story. It is the story of Cassie and Luke. Cassie is a struggling singer-songwriter, while Luke is a troubled marine. Yet, despite their differences, they decided to marry solely for military reasons.

Only a few details about the film were known, but Production Weekly gave us some insight into it. Both of these characters decided to marry for their benefit. Cassie was diagnosed with diabetes and has hospital bills to pay for her treatment. Cassie couldn’t afford it because she was a singer, writing songs, and working as a bartender at the same time.

The solution she discovered was to marry a military man, which she proposed to her friend Frankie so that they could split the money he would receive as a married man. But he wasn’t prepared. Instead, Frankie’s friend Luke decided to take his place at the time. But why did Luke choose to marry Cassie? There must be some hidden reason, or he will also benefit from this marriage.

The film also forces us to confront the most pressing issue of the day. The life of a diabetic patient, the medicine they must purchase, is too expensive for a person earning a meager income to bear. As a result, they are forced to do things beyond their control due to such circumstances.

The Cast Update Of The Series

Sofia Carson, who plays Cassie, is well known for her roles in Netflix films such as Songbird and Feel the Beat. As Luke, Nicholas Galitzine appears. Breana Raquel as Riley, Sarah Rich as Hailey, Kendall Chappell as Mila, Nicholas Duvernay as Armando, and Kaitlin Huwe as Kylie are some of the other cast members.

Even though Cassie and Luke began their relationship on a benevolent basis, their journey together will lead to a genuine one. The exclusive clips and images of them being together frightened us. We must patiently await its release to learn more.