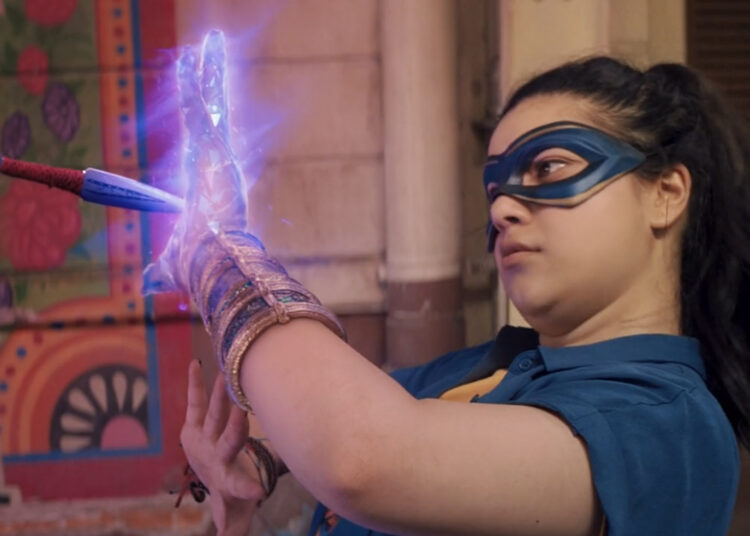 Ms. Marvel Episode 5 is about to release next week now. It is very obvious to follow the story of those series and films which we have waited for so long. And that is the reason why we have every detail one ever needed.

Among them is a series called Ms. Marvel that is becoming very famous not just in America but also around the world over its serving platform, Disney. The series has recently released Ms. Marvel Episode 4 and right now fans are focusing on Ms. Marvel episode 5.

In Ms. Marvel episode 4, we have seen how the leading character Kamala along with her friend has traveled to Karachi. They were reunited with Sana in Karachi. Sana, later on, tells Kamala that bangle is trying to give us some message or trying to convey some telling. So to confirm these things Kamala moves ahead to the train station so that she can get all the knowledge related to it.

By investigating the things related to the bangle, she was attacked by Red Daggers who thought that she is in the group of Clandestine. Kareem then takes Kamala to the hideout of Red Daggers where she gets to know that the group of Clandestines is trying to disturb the Veil of Noor. As a result of these disturbances, it would be separating the dimension of Djinn. The separation of the human world may become a possible thing after the disturbance.

Clandestine somehow manages to go out of the present but Najma abandons the character Kamran because he has helped Kamala. Kamala then decided to get trained with red daggers so that she can enhance her powers. But later on, Kamala was interrupted and disturbed by Clandestine.

When it comes to Ms. Marvel episode 5 then we are going to see it on 6 July 2022. It is Sharmeen Obaid Chinoy who directed the episode and was written by Fatimah Asghar. The story of Ms. Marvel episode 5 would be related to the things that will go on between Clandestines and Kamala. We have already seen how Najma has affected the bangle of Kamala which has led to giving her a vision of partition where a lot of Pakistani were leaving the country through the train.