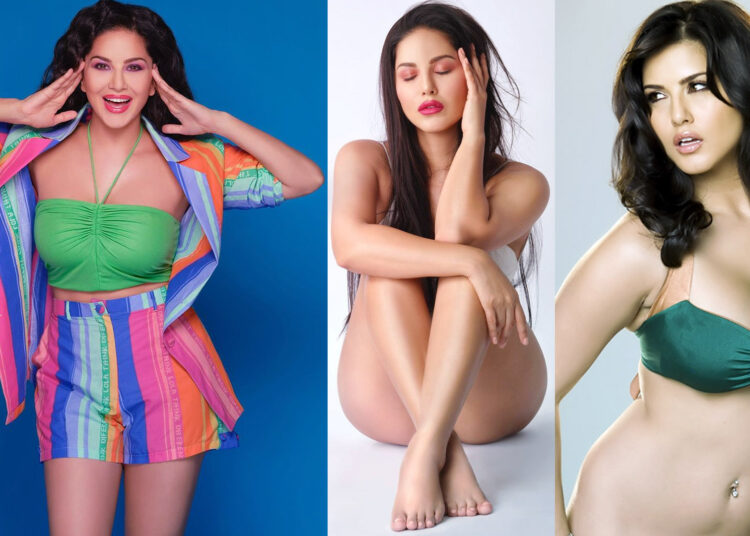 Sunny Leone has posed for Daboo Ratnani various times and this time she has posted one picture of herself on Instagram which has been captured by Daboo, If you don’t know Daboo Ratnani is a famous photographer and almost all the actresses of Bollywood have posed for his lenses. Sunny Leone is famous for her looks and hot movies like Ragini MMS 2, Ek Paheli Leela, and Jackpot.

Today on 29th June 2022, Sunny Leone has posted a picture of herself in which she can be seen with closed eyes, one of her hands on her head and she is in a white top and almost nothing below this.

Daboo Ratnani has captured this photo of her and I think this will appear on his upcoming album of Bollywood Actresses. The post has already got 7 lac likes and almost 8 thousand comments. I must admit I have watched thousands of Sunny Leon’s Photographs but this is different she is looking very sensuous and extremely beautiful in this picture.

Sunny Leone in a Colorful dress

A few days back Sunny Leone had posted a cheerful photo of her in which we can see her in a colorful dress, she has wear a hot green top and a very cheerful shirt.

Same color hot pants are the beauty of this picture, She is looking like candy in the dress. And this post was also liked by almost 7 lac followers of her. Recently she had announced her new project called OMG – Oh My Ghost, she had also posted a motion poster of the movie on her Instagram profile.

Sunny had appeared in a new song which was released a few months back, the actress has posted a scene video of her on Instagram.

The actress and model Sunny Leone was born in 1981 as Karenjit Kaur Vohra to a Canadian Sikh family she has worked in the American p**n industry for a few years and she was a star in the industry later she joined Bollywood with the entry in Bigg Boss.

Sunny Leone will be next seen in projects like Rangeela, Veeramadevi, Oh My Ghost (OMG), Koka Kola, Helen, The Battle of Bhima Koregaon, and Champion.

We have attached a few hot and bold photos of Sunny Leone below:

In the above picture, Sunny can be seen near a beach and she is looking smoking hot in floral BIKINI. She has captioned the picture with – “The Sun is Calling Me!!”

Sunny Leone has also given very bold scenes in Indian films and she has always been praised for her roles in the films like Ek Paheli Leela, Mastizaade, Beiman Love and so many other films.

THis is one of the oldest pictures of Sunny and her husband together before her appearance in Bollywood.