A girl becomes an object for a bet made between two people and how it affects her. 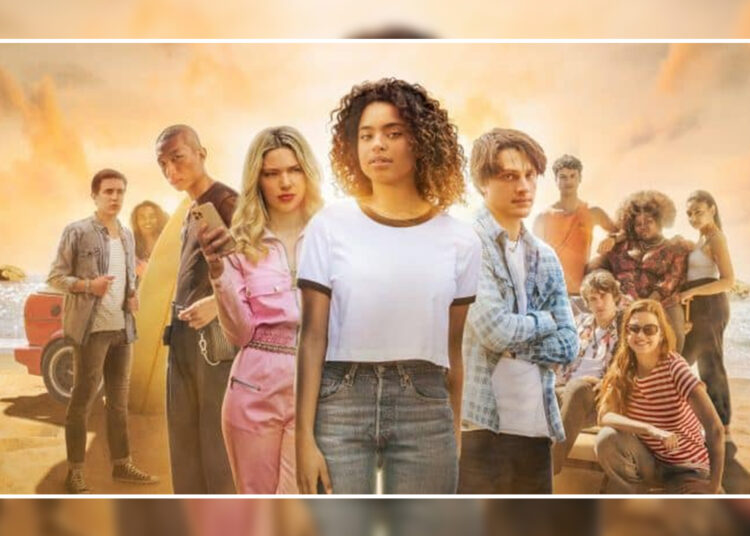 Dangerous Liaisons Update: Good news, folk! Netflix has most recently released the summer movies on April 27, 2022. what is more enchanting is among them lies a romantic film, showing the love story and the mystery that lies in them. Are you curious to know which movie is that? No more waiting; it is Dangerous Liaisons.

You must be excited; you are looking for the release. Then you are at the right place at the right time because Netflix has announced its release on Friday, July 8, 2022, at 12:00 a.m. PT/3:00 a.m. ET. Yeah, again, a late release. But no worry, the film’s duration is about 1 hour and 47 minutes, which means you can have a quick watch and a tight sleep afterward.

What’s more appealing is that this film is based on the 1782 novel of the same name by Pierre Choderlos de Laclos. Dangerous Liaison is an upcoming French film directed by Rachel Suissa.

Célène is more idealistic; she believes in the idealized form of love. Célène loves reading and spending time with books rather than surfing social media.

The main reason she shifted to Biarritz was to get a break, relax, and enjoy her own time away from her fiance Pierre for a while. But the future that awaited her was bitter; she didn’t realize its intensity and stepped into the trap of two famous people in the school.

The name of the Instagram star is Venessa, and the celebrity surfer is Tristan, with whom Célène falls. But she does not know that she is stepping into a trap laid by the two stars.

The Cast of Dangerous Liaisons

What Does The Trailer Reveal?

We get a glimpse into the film or the life of our main female character Célène who leaves Paris and comes to Biarritz. So she decided to have a new start in Biarritz, where she attended a new school that was taken over by an Instagram star and a celebrity surfer. With time she falls in love with the surfer, genuinely believing that he also loves her so much. But she was caught in the middle of a bet between the surfer and the Instagram star, unaware of her.

In the trailer, there is a beautiful line uttered by Célène, i.e., “No glory without love. We don’t choose who we are, nor who we love. These words are filled with so much of her emotions and the mental state she is.

Everyone is waiting patiently for the release of Dangerous Liaisons; there are only a few more days to its release. So keep your eyes open for what will Célène reaction. Célène has been fooled by the person whom she loved very much. Is she going to strike them back? Let’s wait and see.