List of movies in which Keanu Reeves has been seen starred, you must give these movies a try if you are a big fan of Mr. Reeves. 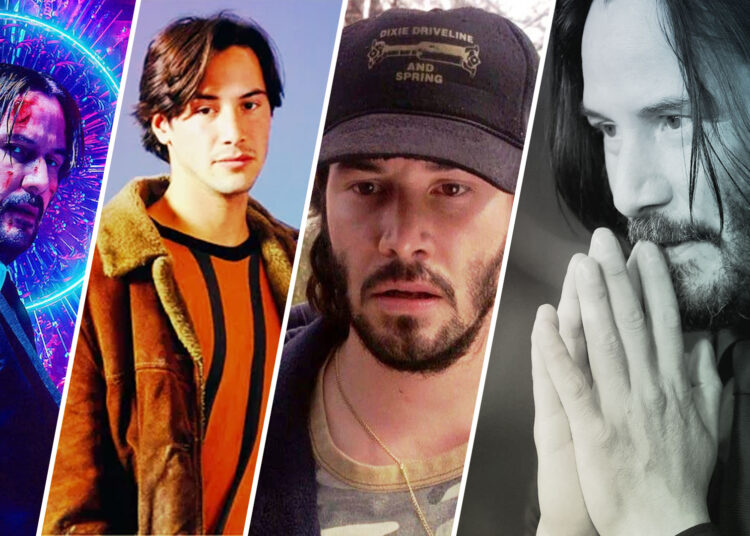 Canadian actor Keanu Reeves who is mostly recognized for his portrayal of John Wick has starred in a number of films for which he has received much acclamation.

Reeves has also starred in the American Swedish comedy web tv series ‘Swedish Dicks’ in which he played the role of Tex Johnson. This article deals with the notable movies in which Reeves has been cast.

Following is the list of films in which Keanu Reeves has starred:

Tim Hunter’s crime drama movie centers around a plot that shows a teenage boy murdering his girlfriend and trying to dispose of her body which affects the whole group of his friends.

The role that Reeves played in the movie is Matt. It was released on September 10, 1986, at Toronto International Film Festival and on May 8, 1987, in the U.S.

This is a romantic period drama that is adapted from Christopher Hampton’s play ‘Les liaisons dangerousness of 1985. Reeves portrayed the character of Le Chevalier Raphael Danceny in the movie. It was released on December 16, 1988, in the US.

This is the film starring in which Reeves found his breakthrough role. It is Stephen Herek’s sci-fi comedy movie and serves as the first installment of the Bill & Ted film series.

This is a family comedy movie that is inspired by the parenting and family experiences of director Ron Howard, screenplay writer Lowell Ganz and Babaloo Mandel, and producer Brian Grazer.

The part that Reeves played in the movie is of Tod Higgins. The movie was released on August 2, 1989, in the US.

The plot revolves around two friends Mike and Scott who embark upon a journey of self-discovery. Reeves played the role of Scott with River Phoenix starring Mike. The movie was released on September 29, 1991, in the US.

This is a gothic horror movie that is adapted from Bram Stoker’s celebrated novel 1897- ‘Dracula’.

Reeves portrayed the solicitor Jonathan Harker who took Count Dracula of Transylvania, played by Count Dracula, as his client. The movie was released on November 13, 1992, in the US.

This romantic comedy is based on the same named comedy of Shakespeare. The film is directed by renowned director Kenneth Branagh who also adapted the screenplay.

Reeves played the role of Don Pedro’s evil brother Don John co-starring with Emma Thompson, Denzel Washington, and Kenneth Branagh. The movie was released on May 7, 1993, in the US and on August 27 of the same year in the UK.

This Academy Award winner action thriller movie cast Reeves in the role of Officer Jack Traven co-starring with Sandra Bullock and Dennis Hopper. The movie was released on June 10, 1994, in the US.

This is the first installment of the sci-fi action film series of the same name in which Reeves was cast in the lead role of computer programmer and an undercover hacker named Thomas Anderson aka Neo.

This thriller movie starred Reeves in the role of David Allen Griffin. The movie was released on September 8, 2000, in the US.

This supernatural horror thriller is inspired by one of the scriptwriters Billy Bob Thornton’s mother’s psychic experiences. Reeves played the role of a character named Donnie Barksdale in the film.

Nancy Meyers’ romantic comedy movie cast Reeves as a thirty-six years old doctor Julian Mercer. The movie was released on December 12, 2003, in the US.

This is an independent comedy movie that cast Reeves as Dr. Perry Lyman. The film premiered on January 23, 2005, at the Sundance Film Festival and on September 16 of the same year in the US.

This is the first film of the John Wick franchise. Reeves in this neo-noir action thriller portrays the hitman John Wick who after leaving the underworld gets pulled back into it again with bigger things ahead. The movie was released in the US on October 24, 2014.

These are the second and third installments of the franchise in which Reeves reprised the titular lead role.

This sci-fi action movie is the third installment of the Bill & Ted movie series as Reeves and Winter both reprised their roles of Ted and Bill respectively. The movie was released on August 28, 2020, in the US.