Sintonia Season 3: When Is It Coming and Filmography of the Cast Members

Where have the Brazilian actors of 'Sintonia' acted before? 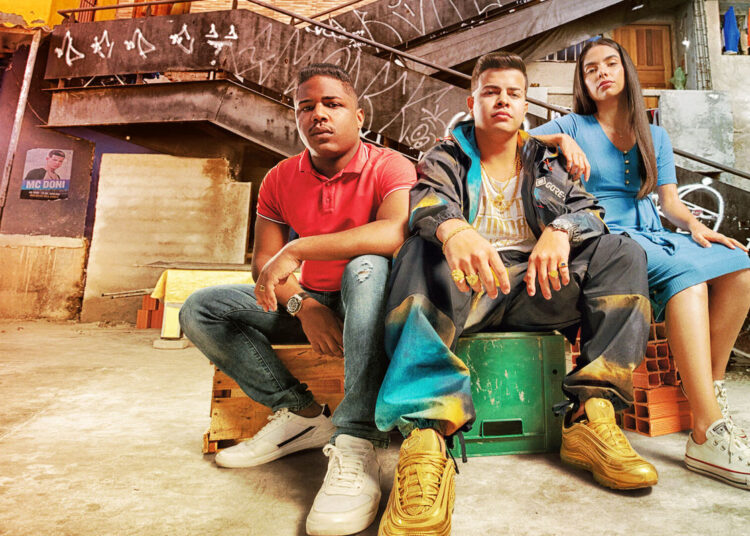 Sintonia Season 3 Updates: The upcoming Brazilian crime teen series ‘Sintonia’ is narrated by three friends Doni, Rita, and Nando. From childhood, they have been together. The series presents an interconnected story of music, religion, and drug trafficking involving those three as they live life in São Paulo’s peripheral neighborhood.

In the roles of Nando, Rita, and Doni we see Christian Malheiros, Bruna Mascarenhas, and Jottapê respectively.

The series is produced by Losbragas, the company which also produced ‘Samantha!’, the comedy series. At first director, Kondzilla had an idea to make a short film that will center on three young teenagers wishing to buy costly sneakers. Gradually the short film idea turned into the project of a tv series.

The first season of the series premiered in 2019 on Netflix and the second season concluded on October 27, 2021. The newest season is announced which will presumably release at the end of 2022 or within the middle of 2023.

The Cast Members in Sintonia Season 3?

Brazilian actor Christian Malheiros portrays Luiz Fernando Silva, known as “Nando”, who is one of the trio. Born in Santos of São Paulo, he began his theatrical performance when he was a boy of only nine years.

When he was cast in the first feature film of his filmography career in 2018, he was only nineteen years old. The film was Alexandre Moratto’s ‘Sócrates’. Like Malheiros, for Moratto too this film was their debut feature film.

It revolves around a black teenager of fifteen years old who is born on the coast of São Paulo just like Malheiros himself. His name is Sócrates and his life struggles involve intolerable poverty, the loss of his mother, and also attack from a homophobic mentality. The story focuses on Sócrates’ dealing with lust, love, and family strife.

In 2020 he acted in the role of Angel in Luiz Päetow’s ‘Transmission’. The next year he was cast in the main role in one other movie by Alexandre Moratto. The film was ‘7 Prisoners’ and it was the most recent movie starred by Malheiros before ‘Sintonia’.

The character that Malheiros played is Mateus with Rodrigo Santoro playing the character of Luca. The movie premiered on September 6, 2021, at the 78th Venice International Film Festival. From November it could be streamed on Netflix.

In 2021 he was cast in the fifth season of the Brazilian tv series ‘Sessão de Terapia’ which is inspired by ‘Be Tipul’.

An Israeli psychologist named Hagai Levi created this series. The American version of the series ‘In Treatment’ also serves as the inspiration for the series. Malheiros won the International Film festival Mannheim-Heidelberg Award and a Festival MixBrasil de Cultura da Diversidade for Best Actor in 2018.

This Brazilian actor is born in Bonsucesso of Rio de Janeiro. He had to shine shoes to make ends meet. While shining shoes he met Walter Salles who is a Brazilian director. He invited him to an audition for his screenplay where he got cast for the movie ‘Central Station’ in 1998.

In the film, de Oliveira played the role of a young boy who forms an unusual friendship with a middle-aged woman, played by Fernanda Montenegro. Next in 2008, he started in another movie directed by Walter Salles. In ‘Linha de Passe’ he starred along with Sandra Corveloni.

The year after this in the Brazilian drama ‘Se Nada Mais Der Certo’ he acted. In 2011 thriller movie ‘Federal Bank Heist’, is based on the real-life Banco Central burglary of Fortaleza in 2005. De Oliveira played the role of Devanildo in the movie.

The next year in Gabriel Mascaro’s Brazilian drama ‘Neon Bull’ he played the role of Júnior along with Juliano Cazarré and Maeve Jinkins. The film was released at the 72nd Venice International Film Festival.

In 1999 de Oliveira was cast in a telenovela of Brazil- ‘Suave Veneno’. The other tv series in which he appeared are ‘Our Beloved Bumbler’, ‘The Party’, ‘Santo Forte’, ‘Basic Unit’, ‘Under Pressure’, ‘The Brothers Freitas’. He also starred in the 2015 Brazilian tv series ‘Magnifica 70’ as Saulo.

Sintonia Season 3 is coming or not? – Possible Release Date, Cast and Plot