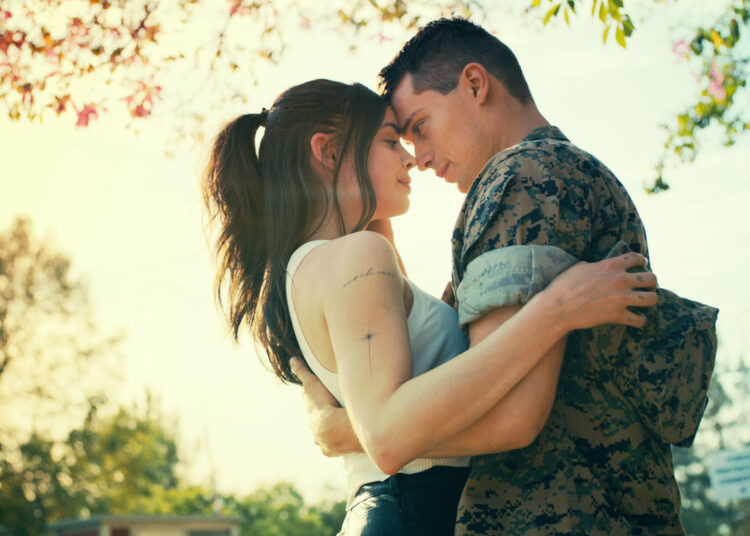 Elizabeth Allen Rosenbaum has directed the upcoming Netflix movie ‘Purple Hearts’ which will tell the story of the love between Luke Morrow and Cassie Salazar as they navigate through their own lives. The first thing that is notable about this couple is that they are extremely different from each other.

Cassie is a sharp-witted woman who works in the night shift in a bar in Austin, Texas. But her goal is to become a singer and songwriter. On the other hand, Luke, who is a trainee in the Army, is ready to set out for duty.

In constant vigilance and unyielding discipline, Luke finds comfort. But when a chance emerges in the bar where Cassie works, both of their lives seem to change. Also, Cassie, after she is diagnosed with the disease diabetes, finds herself in a sea of medical bills.

American actress Sofia Carson and English actor Nicholas Galitzine are seen to be in the roles of Cassie and Luke. The filming of the movie was done in California in the United States.

Let’s have a look at the Purple Hearts Cast Members

The full name of this young actor is Nicholas Dimitri Constantine Galitzine who is also a singer. His father is an entrepreneur of a Russian prince’s family and his mother Lora is of Greek-American origin.

Galitzine began singing in the choir when he was ten. After entering college he got admitted to a youth theatre company in Islington to be trained in professional acting. The actor resides in Hammersmith and kicked off his acting career with a film called ‘The Beat Beneath My Feet.

In 2014 he was cast in the movie where he co-starred with American actor Luke Perry. Galitzine also performed a few songs for the movie. In 2016 he was seen to act in an American drama ‘High Strung’ that is a film about a classical ballet dancer Ruby and an edgy and moody young violinist Johnnie.

Galitzine played the role of Johnnie opposite Keenan Kampa who portrayed Ruby. The same year he acted in another movie ‘Handsome Devil’ which is an Irish comedy-drama.

The film centers around an ostracised student in a boarding school of exclusive boys and a newcomer student who is a talented rugby player. The two boys become roommates. With Galitzine playing the role of Conor Masters Fionn O’Shea stars as Ned Roche.

The film was screened at the Toronto International Film Festival in 2016. After appearing in the 2017 movie ‘The Changeover’ in 2019 he co-starred with Rhianne Barreto, Poorna Jagannathan, Charlie Plummer, J. C. Mackenzie, and Lovie Simone in the 2019 coming-of-age movie ‘Share’.

The film was based on the same-named short film by Pippa Bianco, the director of the movie. The next year Galitzine starred in Zoe Lister-Jones-directed American supernatural horror movie ‘The Craft: Legacy’ which surrounds four teenage girls pursuing witchcraft. Galitzine along with David Duchovny and Michelle Monaghan was cast in supporting roles in the film.

Recently in 2021, he played the role of Prince Robert in Kay Cannon’s retelling of the famous fairy tale of ‘Cinderella’ which is the acting debut of popular pop singer Camila Cabello who has portrayed the titular role.

Besides ‘Purple Hearts’, Galitzine has two other upcoming films in his queue ‘Bottoms’ and ‘Red, White, & Royal Blue. In the latter he will play the role of Prince Henry and the movie is under filming.

Galitzine appeared in the TV series ‘Legends and the TV film ‘The Watcher in the Woods. In the 2019 American supernatural horror series ‘Chambers’ he played the role of Elliott Lefevre, the twin brother of Becky who is a drug addict.

In 2015 the first ‘Descendants movie came where Carson portrayed the character of Evie, the Evil Queen’s daughter along with Dove Cameron, Booboo Stewart, and Cameron Boyce playing the roles of Maleficent’s daughter, Jafar’s son, and Cruella’s son respectively.

In 2016 the sequel ‘Descendants 2’ was released and Carson reprised her role as Evie. She portrayed the same role in 2019 ‘Descendants 3’. 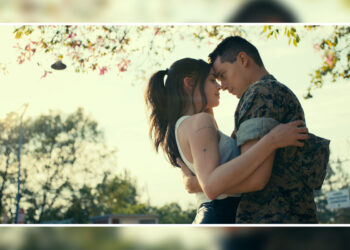 Purple Hearts: All You Need To Know About The Series