Avatar 2 The Way Of Water: Release Date, & Everything You Need To Know 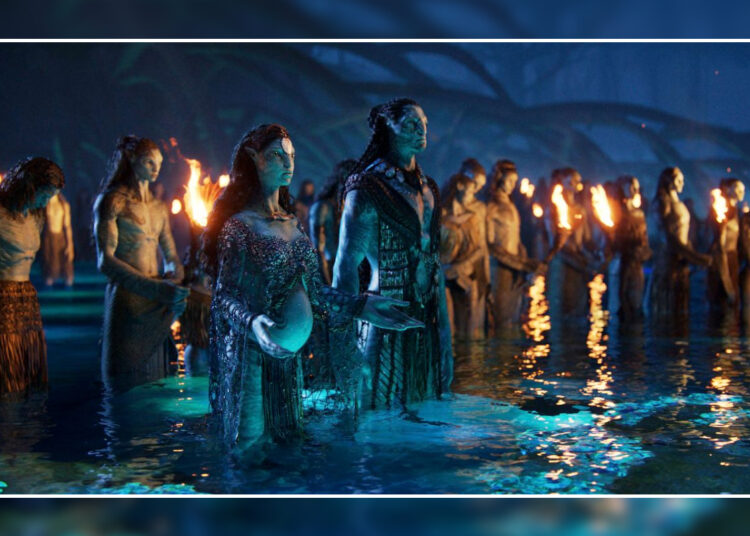 Avatar 2 The Way Of Water Update: And here it is! the much-awaited film of the year or can we say of the decade… The sci-fi fantasy, live-action one of the best of its kind, the mega-hit Avatar 2. Excited about its release date & more information regarding the film? Read the full article

About The Film & Its Success

Avatar The Way of Water is the much-awaited sequel of James Cameron’s mega-hit Avatar which came in 2009 and was one of the biggest hits loaded with audience love across the globe. In the early 2010s & till 2012 there was no film across the globe to break the hangover of this clishe-breaking film.

Those were the times when Marvel started hitting the screens worldwide with Iron Man as its major market turner, and R-rated comedy was tickling the way of cinema halls for the audience.

And then came James Cameron’s live-action Sci-fi drama Avatar, which got onto break many clashes & types of audiences in the market making a whole new place for this genre,

After the delay of more than a decade though according to Cameron we can’t call it a delay, in spite of 8 postpones after 2014. The film is going to be released on 20 December 2022.

About the saga & its future plans

James Cameron & the makers have decided to treat the franchise as a trilogy saga, & finally, they’ve enough items out to solidify the future plans. After The Way of Water, the next two films are- Avatar: The Seed Bearer, Avatar: The Tulkun Rider, and Avatar: The Quest for Eywa.

This saga is said to be capturing all the cinema halls across the world, thanks to the first part’s success that it became possible for the creators to create what they’ve created & are promising to give out in the future.

As Cameron said speaking to the media that the film took this much time to make sure sufficient technology is ready to create the without glasses 3D effect with the highest resolution & more than realistic graphics.

The film has got the audience’s eyes only with its trailer… the kind of madness, graphics, and realistic & aesthetically correct production design are what captured the audience.

Adding to it the ensemble cast that’s coming back with the same with exchanged roles & other huge famous actors coming on board for working in similar news.

Let’s just wait for it while sitting sight for some years.