Rajkumar Rao starrer Hit: The First Case has revealed the first look of the movie. 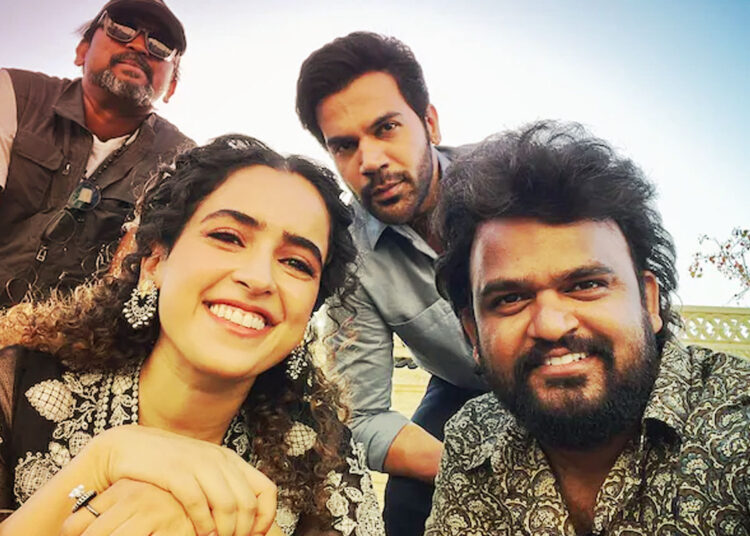 It has become a trend for Bollywood to produce Hindi remakes of Tollywood hit movies. we have been witnessing this for the last few years from Arjun Reddy to Jersey. Following this trend director Sailesh Kolanu is all set with his upcoming remake Hindi movie HIT: The first case starring Raj Kumar Rao.

Director Sailesh Kolanu could not even hold on to the joy of casting Raj Kumar Raoin his film. He said Rao is one of the most versatile actors in Bollywood, I have been following him since I saw him in Shaitan. we have gathered all the updates regarding the movie cast, trailer, and release date.

Poster of the movie

Actor Raj Kumar Rao shared a post on Instagram revealing the first look of his upcoming movie HIT: The First Case captioning it Here comes the #GlimpseOfVikram a Cop fighting against crime whilst dealing with his past.
#HITTheFirstCase In Cinemas On 15th July 2022
The trailer is out soon.

Raj Kumar Rao will be playing the role of a cop along with Sanya Malhotra in the main lead. The movie was first planned to release on May 20, 2022, but was postponed due to some reason.

The makers have now confirmed that the movie will release in theatres on 15 July 2022 worldwide.

the story of the movie revolves around a cop who is a part of the Crime Investigation Department working in a Homicide Intervention Team (HIT). he is very sharp and smart in terms of solving serious crime cases with his magnificent instinct of finding the smallest pieces of evidence in the case. The story takes a turn when the team is given a case of missing women which reminds the cop of his past life.

For more such updates stay tuned with us.