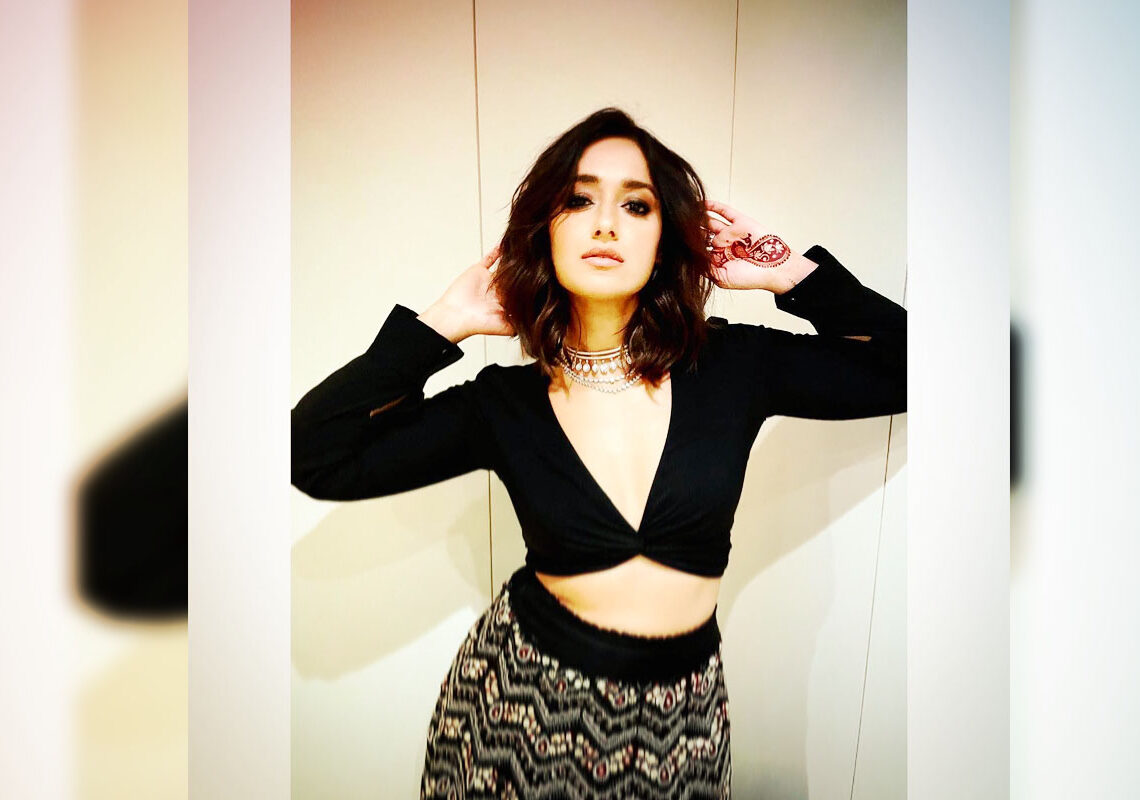 Ileana D’cruz is always a fashion icon among the Girls in Bollywood. She has surprised us many times with her ethnic and different look. She is very fit and she workout on Daily Basis.

Recently she has just worn a Black Iconic Lehanga and in that Lehenga, she is looking incredibly hot. She has to wear a Skirt with a tie-up blouse and a plunging neckline and with Cuffed Sleeves. According to the sources the lehenga has cost around Rs 1.55 Lakh and it is designed by Ridhima Bhasin.

She has shared her pictures in which she has done the beautiful makeup with nude lipstick, Black eyeliner, and some Eye-Shadow. Illeana was last seen in Bigg Bull among Abhishek Bachchan and she is shooting for Unfair & Lovely with Randeep Hooda and also stars Vidya Balan and Prateek Gandhi.

Basically, Ileana D’Cruz is a Portuguese actress she is born in India. She has worked in various Telugu and south movies also. Her father is catholic and her mother is a Muslim and she has spent most of her childhood in Goa.

She has made her debut in 2006 in Telugu movies. She has faced a lot of struggles in her career it is also said that sometimes she cried and don’t want to continue further anymore but she didn’t give up and she tried hard and her hard work pays off. She has three siblings Eileen D’Cruz, Farrah D’Cruz, and Rhys D’Cruz.

After that, she worked in the movie Rustom alongside Akshay Kumar and that movie is also a Big Blockbuster at Box Office. As we know that Flop or Hit is a part of a Journey. Like this Ileana has worked in various hit movies and faced various flops also. She also won for her first debut movie in Telugu Movie in the year 2006.