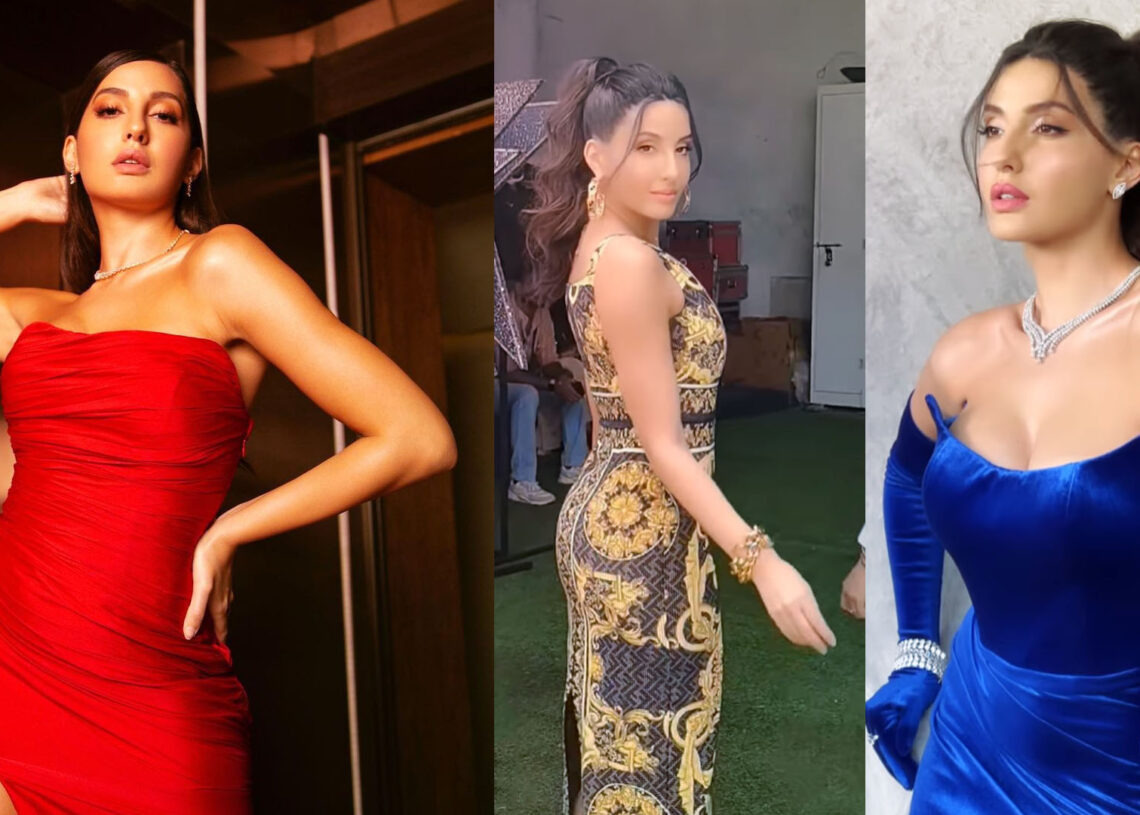 Nora Fatehi who is famous for her item songs and various role in Bollywood films has been spotted near a studio in Mumbai, The actress was seen near a dubbing studio probably she was there for a voice-over role for a new film’s dubbing.

In 2022 the actress has not been seen in many films rather this year was about her television appearances as she has been seen in Hunarbaaz: Desh Ki Shaan and Dance Deewane Junior as the judge and a film named Thank God in which she was seen in a song called ‘Manike Mage Hithe’.

And recently the actress and dancer Nora Fatehi has also announced a music video which is about to be released and has been directed by herself. The song has been sung by Zack Knight and Nora Fatehi.

The video has been posted by a paparazzi named VIRAL BHAYANI.

In the video we can see the actress being posed for the photographers and fans near a dubbing studio in Mumbai, Nora is really looking extremely hot and sizzling in the dress.

The fans have also commented a lot on the post one user has posted a hilarious comment: “Sidhi chalne pichwada dikhana jruri he”

In another picture we can see Nora Fatehi looking charming and hot in a blue color gown and designer heels, the photo has been captured during an event and has been posted by Nora herself on her Instagram profile.

A few Days back she flaunted a video of dancing with Ranveer Singh with her signature steps on Hay Garmi song on the dance floor for a show where she is one of the judges currently. In another video, Nora can be seen on the set of The Kapil Sharma Show, and the whole team along with the comedian Kapil Sharma, and Punjabi Singer Guru Randhawa can be seen dancing to their song Nach Meri Raani Nach. NAd the video is really very good.