If Google fixes all the bugs and optimizes Tensor chip properly, then Google Pixel 7 Pro is a great device. 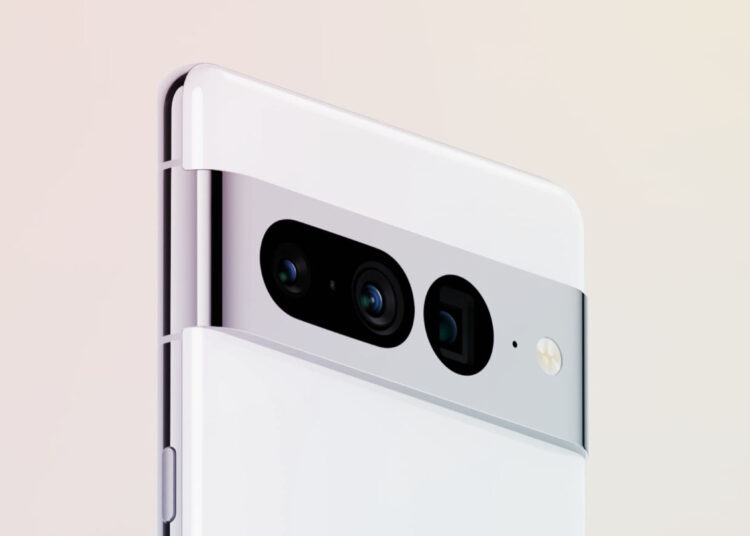 0
SHARES
105
VIEWS
Share on FacebookShare on TwitterShare on WhatsApp

Google Pixel 7 Pro lineup, was teased by Google in their event, Google I/O. They were the most hyped smartphones and are expected to be much better than Google Pixel 6. Google teased their new devices with a new Tensor chip. This lineup is expected next year soon.

Design: Google Pixel 7 Pro, has a design similar to Google Pixel 6. There is a difference of 3-4% dimension increase in this new series. The back, as teased by Google has a metallic bar that has a triple camera setup. The bar design is similar to Pixel 6, but the finish is different. The sides are also in metallic finish. On the right, there is the power button and volume controller. It has a USB-C port, along with a speaker and microphone at the bottom. The rear panel is glossy. The IP rating of the device is still unknown.

Display: There is minimal change in it’s display. It has the same screen similar to last year’s Pixel 6. The screen should be an LTPO AMOLED display with a 120Hz Refresh Rate and 10-bit color support. Not too much has been disclosed about the display.

Software Specifications: The phone would be powered with a new generation Tensor chip. Tensor is Google’s in-house chipset. The new generation Tensor should be well optimized. Google promises to give faster performance and new improvements. New processors and optimization should reduce bugs. This processor is rumored to launch with an unreleased Samsung Modem which is based on a 4nm node. With the new chipset, the camera processing should improve.

As the Google Pixel 7 Pro would release by the end of the year, it is expected to release Android 13 out of the box. But Android 13 shouldn’t be a major upgrade from Android 12, apart from some visual changes.

Camera: Google Pixel 7 Pro has a triple camera setup. Although the camera specification is not disclosed by Google, various rumors have been there. Leaks and rumors have disclosed that the camera would be similar to the Pixel 6. If is it so, the setup should have a 50MP primary, along with a 12.5MP ultra-wide and 48MP telephoto camera. With an improved Tensor chipset, image processing should be great like all the Pixel devices have.

When can we expect Google Pixel 7 Pro?

Google Pixel 7 Pro would launch in October this year. Still, the price and other specifications aren’t disclosed by the company. All in all, the Pixel 7 Pro is a good device on paper. It would be great if Pixel fixes all the bugs and optimize the new processor better.