Google Pixel 7 is the most exciting series. Here is everything we know about the new lineup. 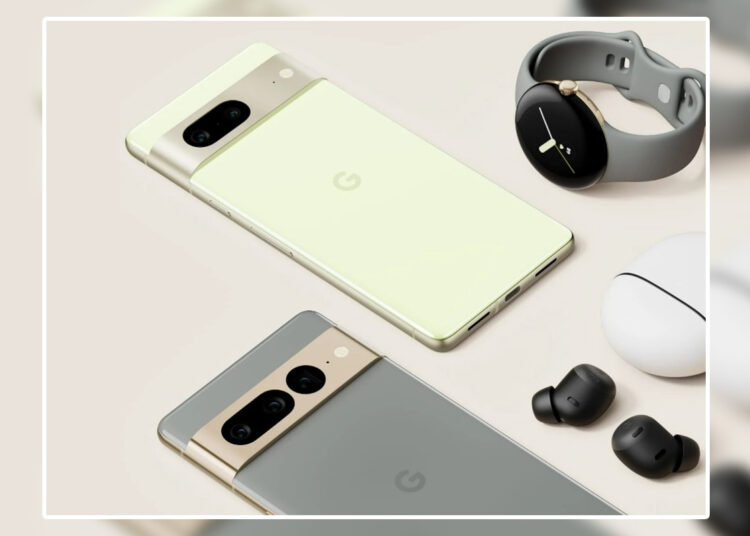 Google Pixel 7 Update: Google in their I/O event has teased various products. They were very interested in showcasing. They hyped up the lineup by teasing the rumored Google Pixel 7 and 7 Pro. Let’s know what has Google shown along with a few teasers and leaks.

Design: As teased by Google in their I/O event, The Google Pixel 7 would launch in three different colors, as shown by their pictures. It would be available in Obsidian, Snow, and Lemongrass colors.

As the pictures show, the camera housing is metallic unlike the Pixel 6 series, which had a glass camera barThe back glass material on the Pixel 7 is gloss glass, it could be protected with Gorilla Glass Victus.

Even the sides look in metallic finish. As shown in the teasers, there is a USB-C charging port, with a sim card tray on the left and a power button and volume controller on the right sides.

These were things that were teased by Google in I/O, now according to various leaks, it is expected that there will be a flat display, along with the punch-hole display. The display size of the Pixel 7 is going to reduce to 6.3 inches than it was in the Pixel 6.

Specifications: Google Pixel 7 will have an upgraded version of the Tensor chip. Tensor chip is Google’s in-house silicon chipNow with the next generation of Tensor chip, Google promised that this chipset will be more optimized with the headset. It will perform much faster and in a much better way, unlike the Pixel 6. Pixel would be equipped with Samsung Exynos 5300 modem, according to rumors.

In Google Pixel 6 the display size was 6.4 inches but now in Google Pixel 7, it is cut down to 6.3 inches. Although the display is going to have a fast adaptive Refresh Rate, it would be an AMOLED panel for sure. Still, it is under rumor mills.

Camera: Google Pixel cameras are generally the best. With their Tensor chip, they have chopped off their rivals. The new Pixel 7, with a new generation tensor chip and two camera sensors at back, is expected to be the best.

The Pixel 7 is going to have the same to have much better camera experience than the pixel 6. Expected that the pixel 7 front camera would perform much better than the past generation camera.

On paper, it is expected that the Pixel 7 is going to outperform the last Pixel 6 series. If the Tensor Chip is well optimized with the phone and with new if you and processes on paper it could compete well with other devices. Hope that the pixel 7 lineup won’t disappoint us this time.