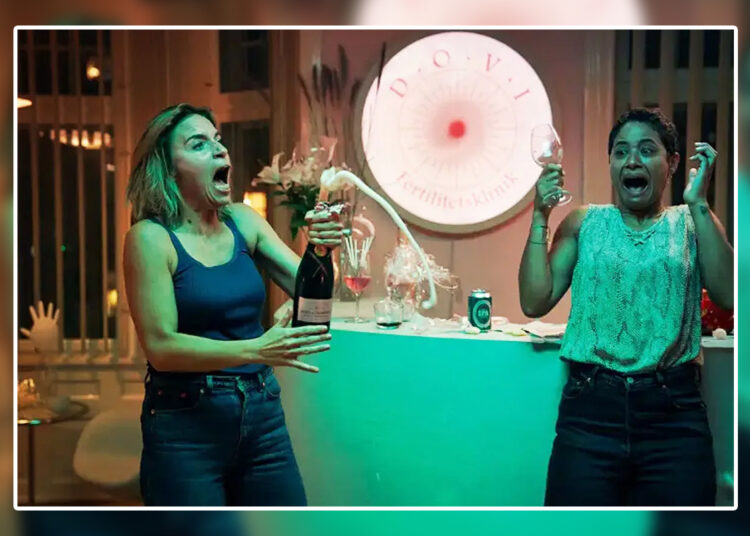 Baby Fever Season 1 Update: Netflix is coming up with something which is hopefully different from other shows available on the platform. The Danish drama Baby fever has kept the audience hooked to its synopsis & pre-posts let’s see what is the reason behind the anticipation audience has for it.

The makers of the show have made it clear from the marketing of the show that it is gonna be a bit different from what usual drama we are watching on Otts in the times. The platform is using the unusual nature of the plotline as its USP.

The show has one protagonist Nana who’s a doctor actually a good & well-renowned one. She is known for her nature & her different style of approach regarding her patients, she connects with them very well both mentally & emotionally.

The plot surrounds her professional & personal life as everything is going very well in both of the aspects of her life, till she in a non-sober state ends up inseminating her boyfriend’s sperms of her ex-boyfriend bringing a twist to both her life & the show.

The official synopsis of the show reads-

“When a fertility doctor drunkenly inseminates herself with her ex-boyfriend’s sperm, she scrambles to explain her pregnancy & win back her lost love.”

Also, Netflix posted a trailer that received a great response from the audience. It started with Nana handling lots of patients, the fertility doctor went on to do so in half of the trailer which helped in exposing her lovely & soothing relationship with the patients.

The show will release on 8th June 2022 on Netflix.

The Danish drama is led by Josephine Park playing Nana, the fertility doctor. Olivia Joof Lewerissa is playing Simone, Simon sears playing Mathias & Charlotte Munuck playing Helle, the list is long enough to keep some of them out of this article.