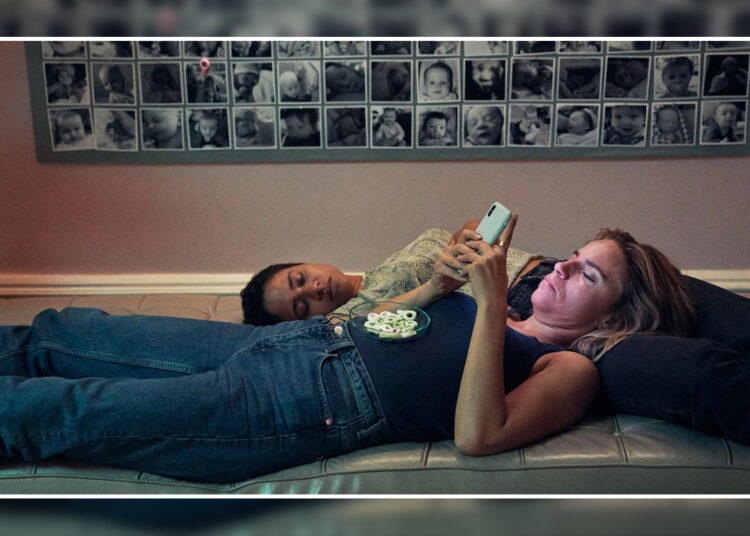 Baby Fever Season 1 Update: Amalie Næsby Fick and Nikolaj Feifer directed this Danish comedy romance series that revolves around Nana who is a fertility doctor. Her name is Nana and after being drunk gets herself inseminated with her ex-boyfriend’s sperm.

This accidental pregnancy renders her fall into a series of catastrophic events. As Nana struggles to reveal her condition, she discovers that it is her chance to win her long-lost love from her ex-boyfriend. But he seems not to be very keen to get back with her. Amidst all these Nana’s secret pregnancy makes Nana understand her clients differently.

Josephine Park plays the role of Nana in the series. Other cast members of the series include Olivia Joof Lewerissa, Simon Sears, Charlotte Munck, Mikael Birkkjær, Tammi Øst, Jesper Ole Feit, etc. The series is set to premiere on June 8, 2022, on Netflix.

Now there are some other series with the theme of pregnancy that you should definitely watch if you are already eager to watch Baby Fever Season 1.

Jane the Virgin-
Number of Seasons: 5
Jennie Snyder Urman developed this American romantic comedy series that is based on ‘Juana la Virgen, the Venezuelan telenovela created by Perla Farías. The plot of the series is set in Miami and revolves around a religious hard-working Venezuelan American woman named Jane. She vowed to her grandmother about staying a virgin before her marriage.

But things take another turn when she gets artificially inseminated by a mistake of doctor. The biological father of the child is found to be the teenage crush of her past and the owner of the hotel in which Jane works. She also has a boyfriend with whom she is in a relationship for two years.

Gina Rodriguez stars as Jane in the series along with Andrea Navedo, Justin Baldoni, Yael Grobglas, Ivonne Coll, Brett Dier, and Jaime Camil as other cast members of the series. It ran from October 13, 2014, to July 31, 2019, on The CW.

The Secret Life of the American Teenager –
Number of Seasons: 5
Brenda Hampton created the American teen series that revolves around Amy Juergens, fifteen years old who has sex with a popular boy Ricky Underwood at a band camp. When she finds out about her pregnancy she confides this in her best friends.

This pregnancy stirs up a lot of complexities among a number of people weaving an interweaving love rivalry. In Amy’s own life she finds her new boyfriend Ben to be unexpectedly supportive and offers to marry her as well as Ricky wants to be a part of the coming child’s life too.

Reba-
Number of Seasons: 6
Allison M. Gibson created this sitcom that is set in the suburban area of Houston of Texas. The series revolves around Reba Nell Hart, a wisecracking woman who is a single mother. Her former husband named Brock has decided to marry a young woman who is also his dental hygienist.

Her name is Barbra Jean. The reason for this marriage is the fact that she got pregnant by Brock. Now though Reba considers Barbra as her nemesis, she sees Reba, very unexpectedly, as her best friend.

Veteran actress Reba McEntire stars as the titular Reba Nell Hart in the series. Other cast members of the series include Christopher Rich, JoAnna García, Steve Howey, Scarlett Pomers, Mitch Holleman, Melissa Peterman, etc. The series ran from October 5, 2001, to February 18, 2007, on The WB till 2006 and on The CW since then.

The series navigates the witty Lorelai’s complicated psychological journey as a single teen mother and the intellectual Rory’s maturity along with her close friendly relationship with her mother.

Ginny & Georgia-
Number of Seasons: 1
Sarah Lampert created this American comedy series that revolves around the thirty years old single mother Georgia living with her fifteen years old mature daughter in a town in New England. The series though has its mold like the ‘Gilmore Girls, here things get a lot darker with Georgia’s childhood abuse, her crimes to secure her children, and Ginny’s complicated relationship with her mother.

Brianne Howey and Antonia Gentry star as Georgia and Ginny in the series. The series premiered on February 24, 2021, on Netflix.