Grand Crew Season 2 will Renew for one more season? 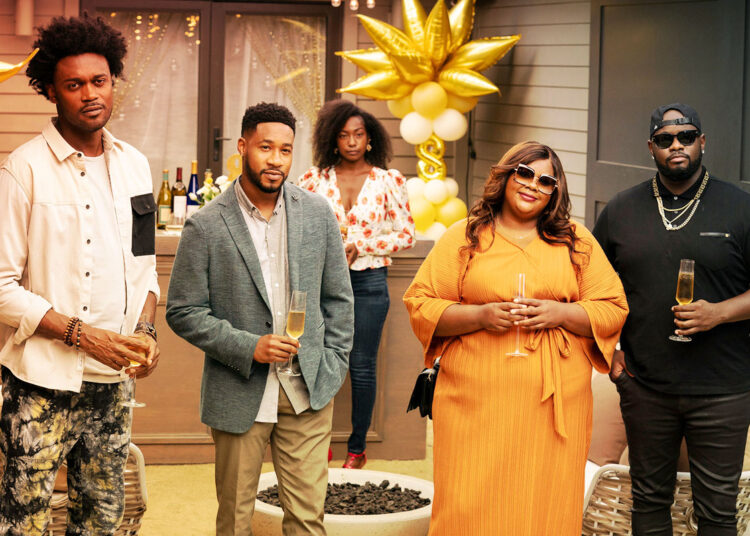 Grand Crew Season 2 Updates: “Grand Crew” is an American sitcom that premiered in its first season at the end of 2021. The show is about a group of friends who love to come together and discuss anything and everything. Isn’t that like our friend’s group too?

Well, if this is the case, you should surely watch it with your gang.  Moreover, it is a sweet, comical, and dramatic sitcom, the makers seem to have announced something regarding season 2 and we just can’t wait to tell you.

A comical and fun series, it is best when watched with friends. With each episode of season 1 having views in millions, the series revolves around the happenings in the lives of a group of friends.

For instance, from chilling together to talking about career moves, friends never seem to miss a topic. Season 1 of the show premiered on 14 December 2021 with 2 episodes. Later on, the other episodes were released every Tuesday from 4th January.

With season 1 having gained happy reviews, the makers have some good news for you. The Grand Crew Season 2 release date is not out yet, however fans and viewers are still excited. The news came up on May 12, 2022. NBC ordered season 2 of the series. Having known this, I am sure you would be all happy.

Over of the Grand Crew Season 2

Grand Crews is an American TV Series released on December 14th, 2021. The show was first agreed upon by NBC in January 2020. However, it was in January of 2021 that NBC ordered the series.

Written by Phil Augusta Jackson, he is also the executive producer of the series along with Dan Goor. The show is further directed by Mo Marable. Having released one season by now, the audience just can’t wait for a season 2.

A handful of producers and production companies have also been involved in the making. To name a few, P-Jack productions, Dr. Goor Productions, and Universal Televisions are the producing companies involved. The series also features an ensemble and dynamic cast. The cast of the sitcom encompasses the following

Echo Kellum as Noah Koles. He is regarded as the hopeless romantic one.
Nicole Byer as Nicky Koles. She is their sister of Noah and a realtor.
Justin Cunningham as Wyatt Fields. He is the one who is married.
Aaron Jennings as Anthony Holmes. The vegan one.
Carl Tart as  Sherm Jones. He is the journeyman of the group.
Gracie Mercedes as Fay. She is new to the group and also got recently divorced.

The release date of season 2 of “Grand Crew” could be out anytime from now. Moreover, if you haven’t watched the series yet, go ahead and give it a try. It is available on NBC with season 1 having 10 episodes.