Money Heist: Korea – Joint Economic Area: When will it release?

A Korean remake of the popular Spanish Money Heist series, here is every detail that you might want

by Tapasvini Tripathi
Reading Time: 3 mins read
A A
8 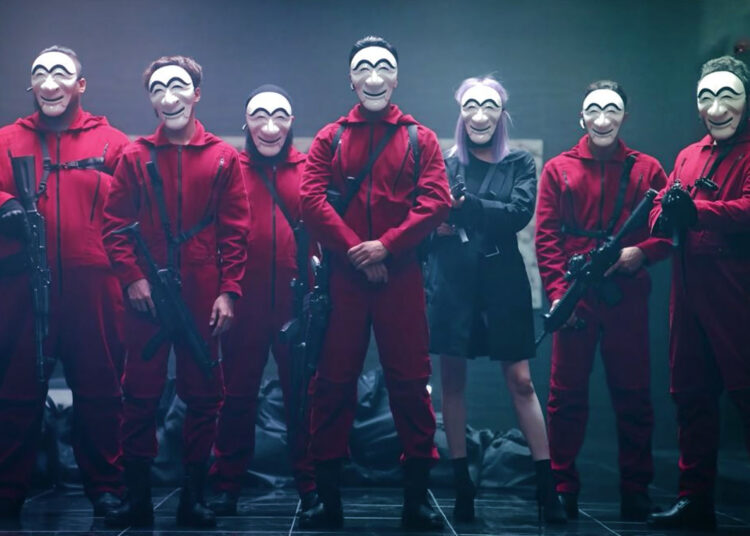 Money Heist: Korea – Joint Economic Area is coming really very soon on Netflix! Do you like considering the South Korean drama series? or are you one of the millions who have watched the Spanish sitcom Money Heist?

Well, if either is the case we have got something really exciting which you were in great need of!!

Money Heist: Korea – Joint Economic Area is an upcoming show on Netflix. A Korean version of the Spanish show, it was focused to keep the storyline original. The making of this series had been in the news for quite a long but it was in January this year that the official title of the show was announced. We have been trying to make every assumption possible about the show but it’s not too far from our screens now!

“Money Heist Korea – Joint economic area” will depict a heist, hostage crisis, and crime. As the name suggests, all of this will happen in the expanse of Korea, and do you think they will be fortunate enough?

A startling and suspenseful series, Netflix disclosed the official title of the show in January this year. The update came up on 17 January and the fans were more than thrilled to have this heard. Based on a Spanish series of the same name, the makers have put in colossal hard work to bring you the best.

Further, ahead of the release of the series, Netflix also released the official teaser of the show and we must say it seems exciting. Coming to the release date, the streaming platform also announced the premiering date of the series. On April 29, Netflix announced that the show would debut on 24th June 2022. The teaser, however, got released after the declaration and it was launched on 20 May.

OVERVIEW OF THE SHOW:

The Korean Heist series is directed by Kim Hong-sun and written by Ryu Yong-Jae, Kim Hwan-Chae, and Choe Sung-jun. A crime genre show, it is developed and will be disturbed by the streaming giant Netflix globally.
Similar to the Spanish Money heist show, this Korean drama would be thrilling and enthralling to watch as well. Produced by BH entertainment and Zium Content, it was BH entertainment that planned a remake of Money Heist back in June 2020.

Thieves overtake the mint of a unified Korea, trapping hostages inside; the police must stop the thieves as well as the shadowy mastermind behind the heist.

It was also announced that it will have a total of 12 episodes. Season 1 of the show is now all set to embark on a journey toward your digital screens. Coming on 24th June 2022, be sure to witness its grand upcoming. Also, for more updates stay tuned to us.