If you are waiting for the season two of 'Action Pack' to arrive on the steaming site, the following animated series are for you to add in your watchlist 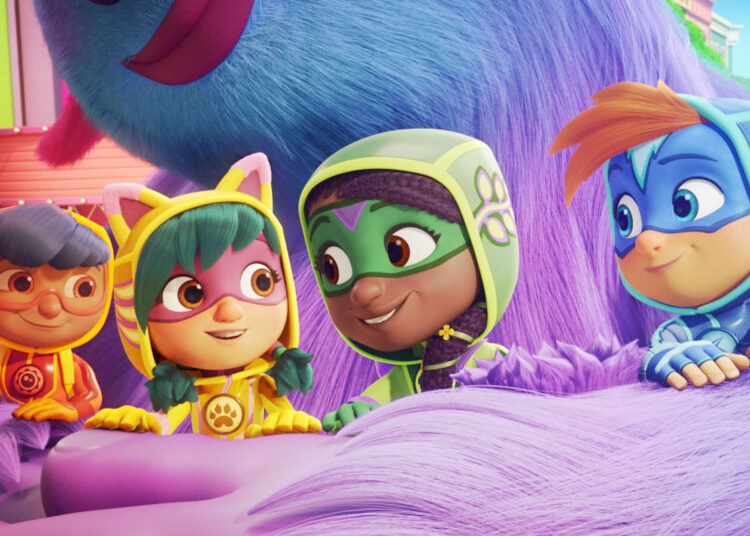 Action Pack Season 2 Updates: William Harper created and Greg Chalekian, and Olea Tvengsberg produced the preschool children’s computer-animated series ‘Action Pack’ that revolves around a quartet of superheroes called Action Pack. These superheroes are all under training and are under the supervision of Mr. Ernesto along with his robotic dog named Plunky.

The voice cast members of the series include Sydney Thomas, Oscar Reyez, Julieta Cortes, Nevin Kar, Giancarlo Sahogal, etc. The animated series premiered on January 4, 2022, on Netflix. The second season of the series is set to air on June 6, 2022.

Now there are some other animated series which are must-watch if you watched ‘Action Pack’ Season 1 and are waiting for the Season 2.

Karen. J. Lloyd directed and Jack Thomas developed this preschool children’s computer-animated series which is based on the children’s book ‘Dojo Daycare’ written by Chris Tougas. The plot of the series revolves around the titular team which consists of four kids who are specially trained. Their task is to make Zenkos in secret which means good deed. They go on to act out their secret endeavors in their hometown which is called Harmony Harbor. Their mentor Auntie Yuki and her pet, a flying squirrel called Ponzu, assist them in this deed.

John Musumeci and Rob Byrne directed and Chris Nee created this animated children’s preschool series that revolves around Ridley along with her friends. They are determined to protect the treasures of the Museum of Natural  History in order to keep the secrets of the museum safe. But what happens when they discover that everything in that museum comes alive when night descends.

Gabe Pulliam created this children’s action-adventure animated series that revolves around two agents of CLADE. CLADE stands for the Covert League of Animal Detective Experts. These two agents are Kit Casey and Sam Snow. The plot of the series is set in a fictional world where animals make up the primary population.

Amidst these two brilliant detectives or sleuths travel all over the world while solving extraordinary mysteries that involve zoological real facts as well as dangerous detective action.

Avi Arad created this children’s animated series that centers upon a special preschool. The kids who study in that school are children of parents that are monsters. These children of famous monsters have inherited their parents’ skills to be prepared for kindergarten. Arad Animation, 41 Entertainment, and Aardman Animations produced this series.

Mark McCorkle, Bob Schooley, Nick Filippi, and Mark McCorkle and Bob Schooley created this American superhero comedy animated series that is based on Disney’s ‘Big Hero 6’, a film that was released in 2014 adapted from the same-named comic book series of Marvel.

The plot of the series is a continuation of the events that we see in ‘Big Hero 6’, the feature film, and revolves around fourteen years old Hiro Hamada who is a tech genius, and Baymax, a robot that Hiro’s late brother created.

Hiro and Baymax team up with their friends Wasabi, Go Go, Honey Lemon, and Fred forming the team of superheroes called Big Hero 6. They keep embarking upon highly technological adventures for protecting the city from a group of villains who are scientifically enhanced.

On the other hand, Hiro enters the San Fransokyo Institute of Technology as a new prodigy which causes him to face new academic challenges as well as trials in the social spectrum. The series ran from November 20, 2017, to February 15, 2021, on Disney XD and on Disney Channel.