by Deepak Kumar Gupta
Reading Time: 3 mins read
A A
2 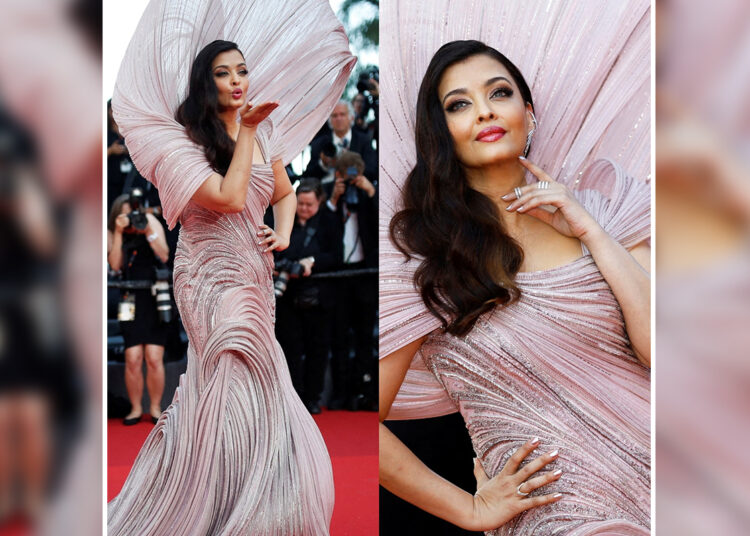 Aishwarya Rai Bachchan was born on 1st November 1973 in Mangalore, Karnataka. She is an Indian actress and also the winner of Miss world 1994. She is one of the most successful actresses ever. She was honored by Padma Shri in 2009 and Ordre des Arts et des Lettres by the Government of France.

She is also voted as one of the most beautiful actresses around the world many times.

She made her debut in Mani Ratnam’s movie Iruvar released in 1997, she played a double role in the movie. She made her Bollywood debut in the same year with Aur Pyaar Ho Gaya.

She was also part of many blockbuster movies like Devdas, Robot, Dhoom-2, and many more.

Aishwarya is one of those actresses who makes everyone keep glazing whenever make any public appearance.

Recently she was spotted at the 75th Cannes Film Festival which started on 17th May, many Indian celebs walked the red carpet and were looking fabulous.

On the third day, Aishwarya stole the show by wearing an opulent outfit for the screening of “Armageddon Time”.

The gown was designed by Gaurav Gupta, Aishwarya’s gown was pink and it had numerous intricate bugle beads, she had a large halo behind her head. She was wearing dramatic eye makeup and faded pink lipstick, her hair was swept to one side, she was wearing simple makeup and mostly her gown did all the magic.

She has been attending Cannes Film Festival for the past 20 years, and mostly as a L’Oreal ambassador.

She spoke about the importance of women in the industry and them being an integral part of films.