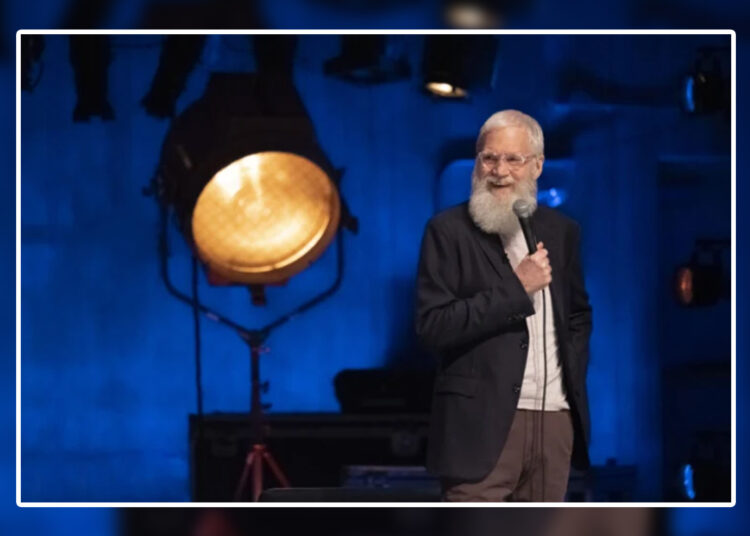 David Letterman comes up with another special on Netflix- That’s My Time With David Letterman, which was shot on Netflix Is A Joke: The Festival, termed by Netflix as ‘First Time Live Squid Game’.

About The Show – That’s My Time With David Letterman

This is a sit-down talk show where famous stand-up comedians sat down with David Letter man to talk about a diverse range of topics with the Letterman style comic mint. Here’s what it’s a synopsis on Netflix read-

‘David Letterman invites some of the hottest up-&-coming stand-up stars to perform a set & sit down for a chat.’

The sit-down comedy talk show was recorded during the Netflix’s conducted live 11 days long event, started on April 24th & ended on the 3rd of May, 2022.

The sit-down chat show will start streaming on June 7 on Netflix worldwide. After the completion of ‘Netflix is a Joke, the ott posted a list of shows, taped during the event which is starting to release from May 19th, 2022.

The American television host, comedian & writer, has hosted & produced different tv shows for CBS & Netflix. He’s known for his legendary talk show- My Next Guest where he calls different stars & celebrities to have an in-depth talk about their specific fields. Letterman has been hosting on screen for more than 30 years & is a famous personality worldwide known for his subtle but hilarious humor which he incorporates between the conversation.

Why Netflix is a Joke: A festival is an important event for Netflix itself.

This was the biggest live in-person event in the history of Netflix, which they teased as their first ‘real-life squid game’. which closed in Los Angeles on 3rd May 2022, and started on April 24th.

The 11-day grand event was conducted to add original content to Netflix itself. The event contributed to adding more than 10 shows on the platforms, with stars like- Gabriel ‘Fluffy” & Snoop Dog performing in the event.

After the completion of the event, Netflix posted a list of shows which consists- Of the Hall and Snoop Dog’s F*cking around Comedy Space.