Panchayat Season 3 is hopefully on the way to it's announcement after it's magnificent season 2. 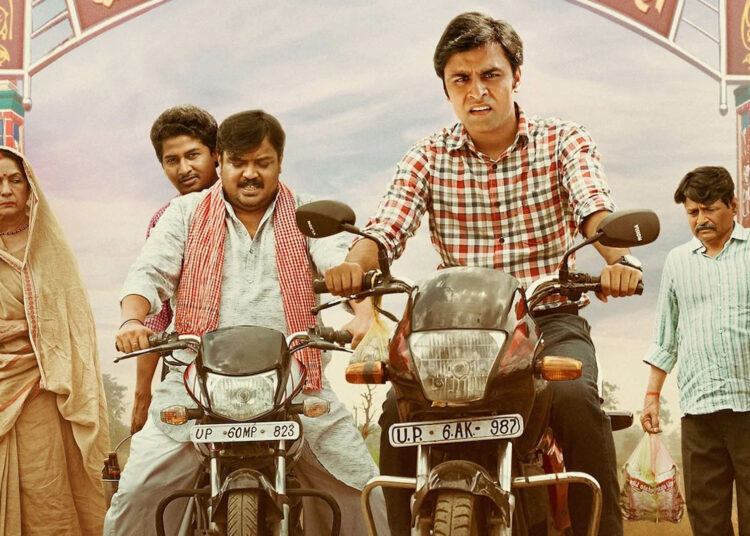 Panchayat Season 3 could be announced anytime soon by TVF, as season 2 of the show has been appreciated by everyone from critics to fans. Season 2 of the show was dropped on Amazon Prime Video on 20 May 2022. As the series has got 8.8/10 ratings on IMDb, almost every critic has given good reviews to the show.

The series revolves around an Indian village and its people somewhere in Bihar State named Phulera, main leads are Abhishek Tripathi (Jitendra Kumar) who is the Panchayat Secretary, and Gram Sevak Vikas (Chandan Roy), Brij Bhushan Dubey aka Pradhan Ji (Raghuvir Yadav), Faisal Malik (Prahlad Pandey), Manju Devi (Neena Gupta). Although various new characters have also been introduced in the show and they have really done their best in Panchayat Season 2 and hopefully they will return in Panchayat Season 3.

There is not any official confirmation from the makers of the show TVF about the Panchayat Season 3, But in an interview with Free Press Journal, the lead actor Jitendra Kumar has said he is hopeful to get the Season 3 very soon.

“I think the viewers will love season two as well, owing to its accelerating situations and the intriguing storyline. During the first season, people were free and had time to sit and watch many series. We received loads of love then hope this time also they take out some time. We are hoping for Panchayat season three as well.” – Jitendra Kumar, via Free Press India.

The series has gotten much appreciation from all over India and outside India too, almost every episode of Panchayat Season 2 has got a 9/10 rating on IMDb and if you are a fan of TVF and their web series, You can not get bored at any point of any episodes in this series.

When your CTC is 1.5 cr yet someone tells you this 😂#PanchayatSeason2 #panchayat2 #amazonprime @SatishRay_ pic.twitter.com/R0quRC1Rn8

And as per the reports of Flix Patrol, the series is at the top in India and Singapore in terms of views and trending at #1 since its premiere.

Moreover that the series is at #7 in the United States for the last 2 days. So we can confirm that the Panchayat Season 3 will surely happen and as Season 2 has been aired after one year so we can expect the season in 2023.

BELOW THIS THERE ARE SPOILERS FOR SEASON 2

What could happen in Panchayat Season 3?

As the season 2 of the show has ended with a major emotional breakdown for all the characters as Prahlad’s only son died at the border as he was a soldier and his martyr was really hurtful for everyone, and now MLA (Vidhayak) is after Abhishek as he thought that it was Abhishek’s plan because of which his troop could not enter in the village, and MLA used his powers to transfer Abhishek from Phulera village.

So I think Panchayat Season 3 will deal with Abhishek’s transfer and the love angle between Abhishek and Rinki, I personally had thought that their love will mature in season 2 only, But I think this could be the pivotal plot of Panchayat Season 3.