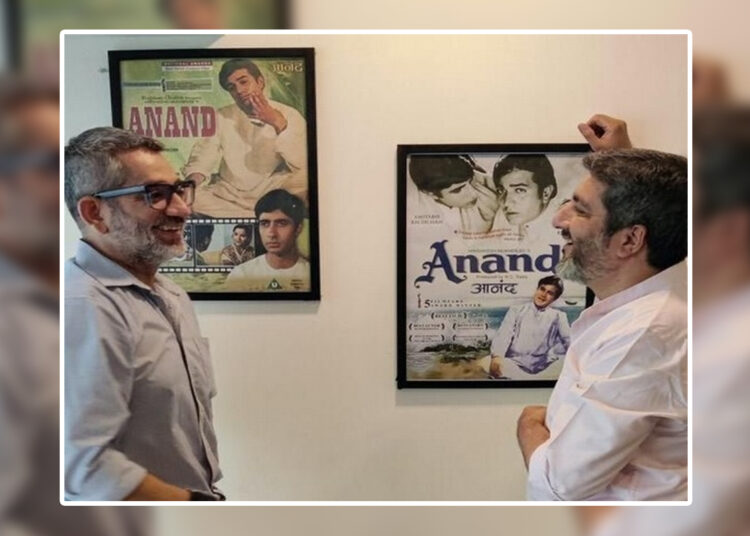 Amitabh Bachchan also known as Amitabh Srivastava was born on 11th October 1942 in Allahabad, United Provinces, British India which is presently known as Prayagraj, Uttar Pradesh, India. He is an Indian actor in the Bollywood industry, television host, Film producer, and also a former member of Lok Sabha. He was also called as “One man industry” by a French director.

He made his first big-screen debut in the movie Saat Hindustani in 1969. He received a number of Filmfare awards for his performance in Anand 1971. His movie “Zanjeer” which was released in 1973 was a huge success.

Rajesh Khanna who was also known as Jatin Khanna was born on 29 December 1942 in Punjab, India. He was an Indian well-known actor who worked in Hindi films.

He is called as “FIRST SUPERSTAR” of Indian cinema. He made his film debut in Aakhri Khat in 1966 followed by Raaz. He has received 5 Filmfare awards and his awards include BFJA Awards. In 2013 he was awarded Padma Bhushan.

Both the superstars came together for one of the most iconic movies “Anand”. The movie is still considered a cult classic and it is still remembered for its story, dialogues, and presence of two great actors in a movie.

The movie is all set for a remake and it is produced by Vikram Khakhar and Sameer Raj Sippy who is the grandson of N. C. Sippy, who was the original producer of the movie Anand.

Vikram Khakhar said, “Digging into our own classics, we will find invaluable gems rather than scouting for stories, Internationally or Regionally. Placing Anand in the post-Covid era, where we emphasize the value of life, will enhance the story of Anand.”

Ramesh Sippy said keeping the new generation in mind, “Keeping in mind the sensibilities of the original film and the emotions attached, I felt the current generation needs to be retold the many stories that are so relevant today and especially when there is a great appetite for good content.”

The star cast and other details are yet to be finalized.