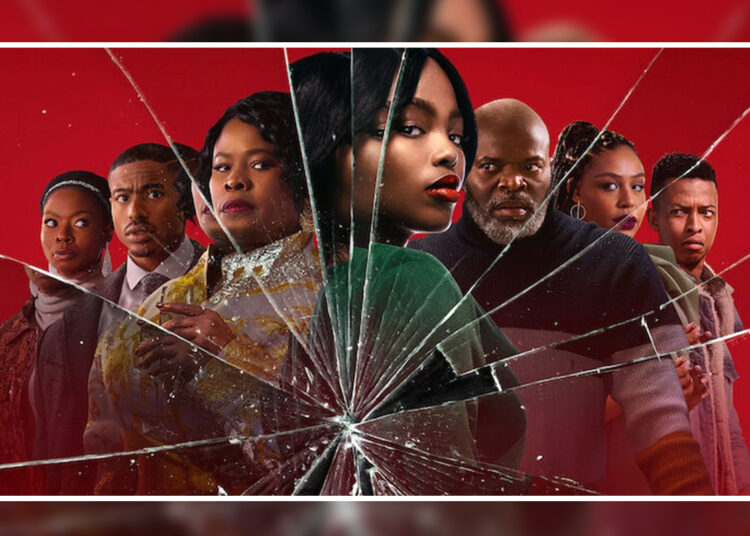 Savage Beauty Season 1 Update: Lebogang Mogashoa created this South African drama series that revolves around an enigmatic woman. She has a tragic past on her back which affects her very much. But now she is determined to take revenge on everyone who is responsible for her tragedy.

On her way to do that she gets involved with a powerful family. The family is the owner of a global beauty empire. But as she delves deeper into this world, she also keeps discovering darker secrets.

Now there are some other series too which you will definitely like if you have been waiting for ‘Savage Beauty.

Dynasty-
Number of Seasons: 5
Josh Schwartz, Sallie Patrick, and Stephanie Savage created this American tv series that is based on the same-named prime-time soap opera of the 1980s. The series revolves around Fallon Carrington, a haughty and determined heiress. Her name is Fallon Carrington.

The series begins with her discovering that her billionaire father getting ready to marry a woman named Cristal. Fallon is displeased with this as this marriage endangers her situation in the company. So, she is determined to destroy the marriage and the relationship at any cost.

Anatomy of a Scandal-
Number of Seasons: 1
S. J. Clarkson directed this American anthology series adapted from the same-named novel written by Sarah Vaughan. The series focuses on a woman who is the wife of an MP. Her name is Sophie Whitehouse and the troubles she has to face for her husband.

Her husband James Whitehouse is a British Tory MP. When she discovers her husband’s affair it changes her life forever. Once the news is spread among the public,

She has to stand before the consequences of this exposure along with dealing with the wreck of her family. But her trouble does not end here only. Her husband gets accused of rape to make her life worse.

Sienna Miller plays the role of Sophie Whitehouse in the series. Other cast members of the series include Michelle Dockery, Rupert Friend, Naomi Scott, Joshua McGuire, Josette Simon, etc. The series premiered on April 15, 2022, on Netflix.

Empire-
Number of Seasons: 6
Lee Daniels and Danny Strong created this American musical drama that is set in New York and focuses on the fictional Empire Entertainment which is an entertainment and hip hop music company.

The series begins with the CEO of the company and also an ex-drug dealer Lucious Lyon finding out about his imminent death which is why he is now eager to choose the most deserving of his three sons to hand over the ownership of the family business.

Thus the three sons of him Andre who is the CFO of the company, Hakeem who is the rapper, and Jamal who is the R&B songwriter and singer are placed against each other.

How to Get Away with Murder-
Number of Seasons: 6
Peter Nowalk created this American legal thriller series that revolves around Annalise Keating and the students in her law firm. Annalise is a successful criminal defense attorney. She also teaches law at the Middleton University of Philadelphia. She chooses five students for internships at her firm. But soon their lives get tangled with an unconventional murder.

Seven Seconds-
Number of Seasons: 1
Veena Sud created this American crime series based on the 2018 film ‘The Major’. The series tells the incident of a narcotics detective Peter Jablonski accidentally hit with his car a black teenager. Beau Knapp plays the role of Peter Jablonski in the series. The series premiered on February 23, 2018, on Netflix.