Hailey Baldwin was seen promoting her collaboration with Vogue Eyewear in orange bikini! 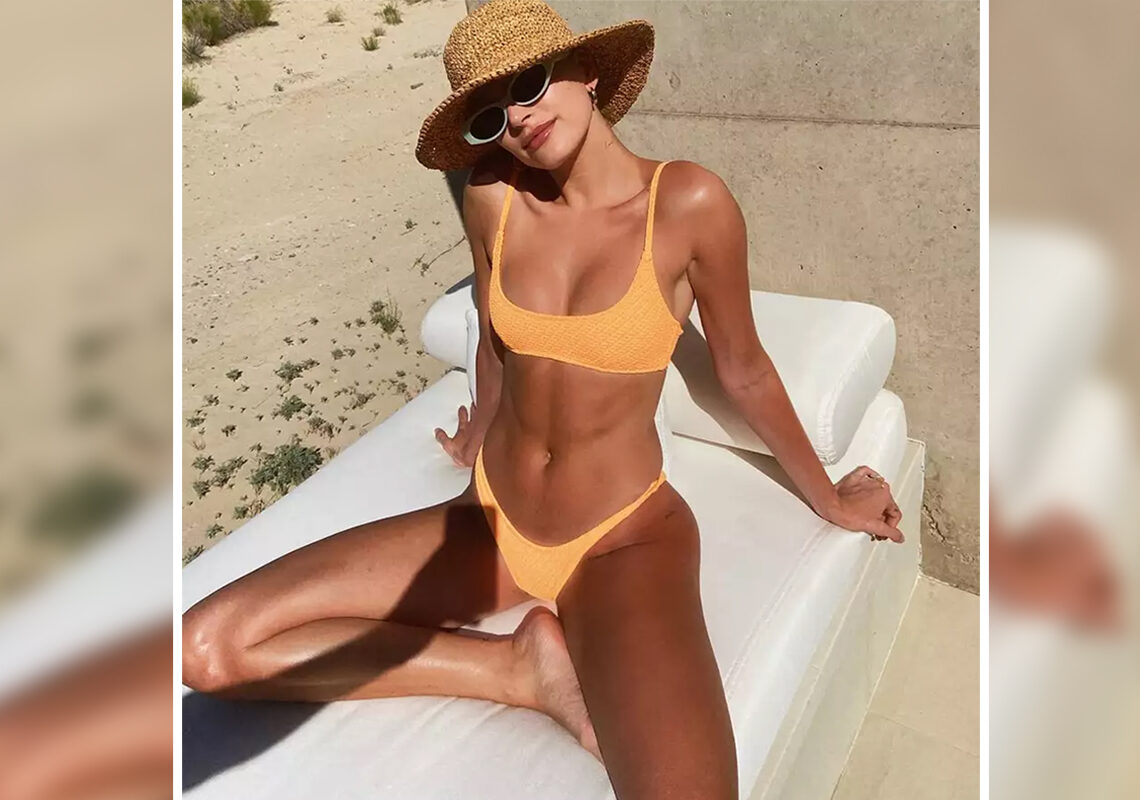 Hailey Baldwin Beiber Update: Getting ads and going for campaigns is very common for our celebrities. While they go for any campaign or any ads it is very common to see them in a perfect look which goes in the favor of that brand.

We have seen a lot of Hollywood celebrities who have given their best looks not just to look better for the magazines but also to allow themselves to have freedom related to that look.

It doesn’t matter whether it is an actor or any model, for everyone, fashion sounds the same. Something like this was seen when we spotted Hailey Bieber rocking her looks in an orange bikini as she was featured in the campaign of Vogue Eyewear.

Hailey Bieber is famously known for styling and also giving a unique kind of look that we never have expected or have never seen on any other celebrities. Something like this happened when the model went in an orange bikini for the campaign of eyewear.

In the recent look of Hailey Bieber, we have seen how she carried a white Silk dress very beautifully at the Met Gala 2022. She added flavor to that dress by adding a furr shrug.

Talking about a recent sexy look at a new campaign then Hailey Bieber has partnered with Vogue Eyewear. She collaborated to design the brand and its line in March 2022. And now it is May so we are blessed with some of the sexy photos that she has uploaded on her Instagram page.

The third photo of Hailey Bieber was in black and white. The model was giving us some serious Vibes as she was showing her shape to us. According to some sources she is right now in love with the Vogue Eyewear. In the words Hailey, she told: “I was already a big fan of Vogue Eyewear, I’ve worn their sunglasses many times, so it made sense for me to align with them”

She later also suggested the best look to go with sunglasses: “Putting a cool pair of sunglasses with an outfit can elevate it—it can make or break an outfit”.