Moon Knight Episode 6: Who is Scarlet Scarab aka Layala in MCU?

In Moon Knight Episode 6 we have seen Layala transformed into a Superhero with ultimate costume and metal wings, whose name is Scarlet Scarab BTW.

by Manjeet Mahato
Reading Time: 3 mins read
A A
3 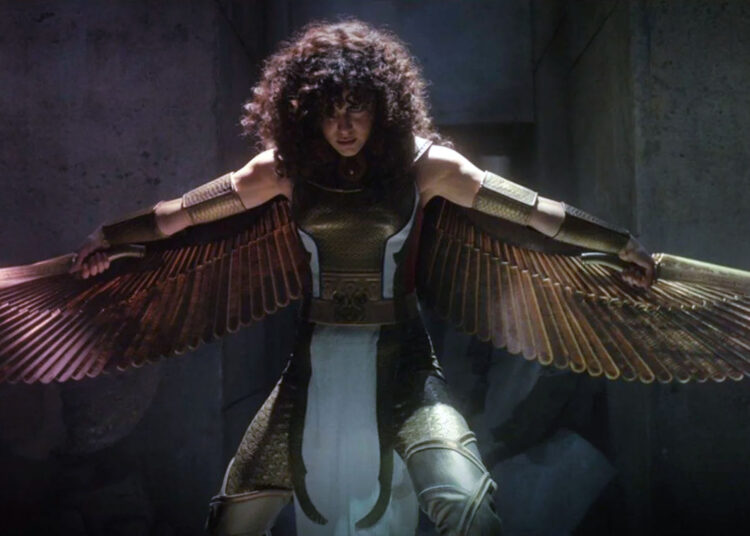 Moon Knight Episode 6 was full of action, emotion, and the battle of gods but in between we get another Superhero in Marvel who is Scarlet Scarab aka Layala. We were completely unaware that she could turn into a Superhero, although is already a good warrior without the training in martial arts or warfare. But her transformation really turned us on as MCU fans, Today we all be discussing the Scarlet Scarab and her abilities.

Who is Scarlet Scarab, seen in Moon Knight Episode 6?

Layala El-Faouly is the daughter of Abdullah El-Faouly who was an archeologist in Egypt, and in Moon Knight Episode 6 she got the powers from the goddess Taweret and becomes a Superhero named “Scarlet Scarab”, Although her name was not disclosed in the episode Marvel is calling her Scarlet Scarab – the first Egyptian Superhero.

Do you know in Marvel Comics also Scarlet Scarab is a Superheor but he is a male and he is not from the current timeline rather he used to live in ancient Egypt and he was one of the first Superhero from Egypt and most important thing is that his name was Abdul Faoul.

And in the series, Moon Knight Layala’s father’s name was Abdullah El-Faouly so I think marvel has already planned to present Layala as Scarlet Scarab (played by May Calamawy). So in MCU she is Layala from now and she can be seen in various upcoming MCU projects as she is the wife of Marc Spector aka Moon Knight.

In the series Moon Knight, we had seen her just for a few minutes, and we had seen her abilities, although she has got the powers on a temporary basis from Taweret I know that her character will stay longer in MCU. Here are a few of her Supernatural and Superhuman abilities of her as per Marvel Comics and the series:

Future of her in MCU?

Scarlet Scarab may return for sure in MCU as she is one of a kind first original Superhero of MCU so MCU will certainly use this character in future projects. If Moon Knight Season 2 will ever happen then we will certainly get back her in the show. Although she is the first Egyptian Superhero so we can see her in the series which are connected with Egypt only.

Let us know in the comment what do you really think about the character in MCU?