From Kim Kardashian to Gigi Hadid, here are the details of Met Gala 2022 looks! 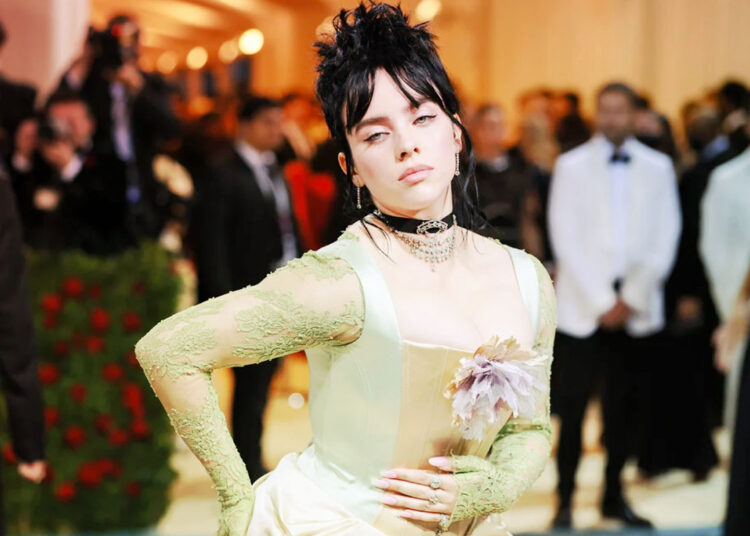 If we consider the Met Gala of 2022 then it has been one of the best events that have ever occurred this year. We have seen a lot of celebrities who were looking so great on the outside and they have defined a new kind of fashion in this world. So here are some names who appeared at the Met Gala and have defined their fashion in a unique style.

Back-to-back fashion events are going on right now in Hollywood and every event defines a new kind of unique fashion in this world. If we talk about fashion then we can’t forget about the Met Gala. Met Gala has always given us the best look of all time and that is the reason why we look up to this every year.

The Met Gala 2022 occurred in New York City. It was on 2 May at the Metropolitan Museum of Art and the day was Monday. If we considered the dress code of this event then it was guided by glamour.

1) The first look we how is of Claire Danes. She was looking very mesmerizing as she was wearing Lavin. Her gown was of creamy brown color and she went with a necklace that was hanging down to her cleavage.

2) The next up we have is Precious Lee. She was wearing a very beautiful black gown with some glitters and work on it. She was wearing Altuzarra. She also went with a necklace that was tied up on her neck. Her make-up was very much appropriate to her dress.

3) The next we have is model and businesswoman Hailey Baldwin. She was looking very beautiful in her white dress from Saint Laurent. She also went with high heels and a diamond earring.

4) We have also seen her best friend Kendall Jenner who was wearing Parada. Her black gown was looking very beautiful as it was covering almost 6 to 7 stars. She came with open hair and went with minimum accessories.

5) The other one we have is Bella Hadid who was looking very beautiful in her black dress of Burberry. She was seen wearing high heels and her hair was tied up in a ponytail. She was also there with her sister Gigi Hadid.

6) Gigi Hadid who is the model and a mother of Khai, was seen in a red dress. She was seen in a red puffer jacket that was very long as it was also covering the red carpet. Her signature lipstick looked very beautiful and it was matching with her dress.

7) In the same list, we have the name of Jodie Turner-Smith. She was wearing Gucci with some sparkles and accessories. The dress was looking very beautiful on her and the best part about it was the glitter. She was also there with her husband.

8) Kim Kardashian was also there with her boyfriend Davidson. She was wearing the actual dress of Marilyn Monroe. The same dress Marilyn was wearing when she was singing Happy Birthday to JFK somewhere around 60 years ago. The model was looking very beautiful in this dress.