Olivia Rodrigo Was Seen In Her Purple Dress At Met Gala 2022!

Olivia Rodrigo was seen in her favourite color Purple at Met Gala 2022! 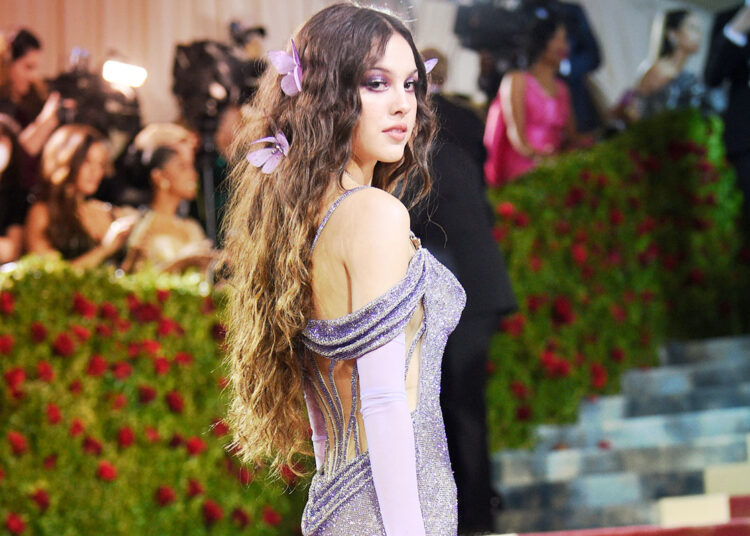 It is not just the actors and models who rock everything according to the event but also singers who define fashion in their way. The same was seen with a lot of singers who appeared at Met Gala 2022.

We have seen them in their way but at the same time, they have defined their look as something which we have never seen before. The same was the scene with the Grammy winner singer Olivia Rodrigo.

Olivia Rodrigo is a singer and recently got Grammy. The Driving Licence singer showed her fashion sense at Met Gala 2022. She has continued and showed why purple is her favorite color or we can say the signature color that can define her and her style. We know Oliver Rodrigo through a lot of her songs but we know very little about her in terms of fashion.

Olivia Rodrigo Was Looking So Stunning in Her Purple Dress

Olivia Rodrigo was seen in a purple sparkling gown that was matched with purple gloves. The singer was also matching her dress with high heels. If we talk about her hair then it was tied in amazing features with some butterfly clips on it. When it comes to her makeup then she has matched this makeup which we must be calling dark purple shady makeup with her dress.

The singer made her Met Gala debut in 2021 which was in September 2021. The event got postponed due to the COVID-19 pandemic and that is the reason why it was delayed till September. At that time the 19-year-old singer was seen in a catsuit that has some feather trim in it.

The singer is also right now focusing on her tour. This tour is off her album Sour. Talking more about this tour than the singer is right now in New York City performing as well as promoting it. She will come back right on her tour after Met Gala 2022.

When it comes to the fashion of singer Olivia Rodrigo then she was not even born till 2003 but at the same time, her fashion was quite inspired by the 90s. We can see her in almost every ’90s fashion which was popular at that time.

Hang Out In K.Y.C Of Olivia Rodrigo & Zack Bia, Click To Know

Olivia Rodrigo Drops Her Grammy While Posing On Red Carpet