Hailey Baldwin Showed Off Her Glowing Look After Hospitalization 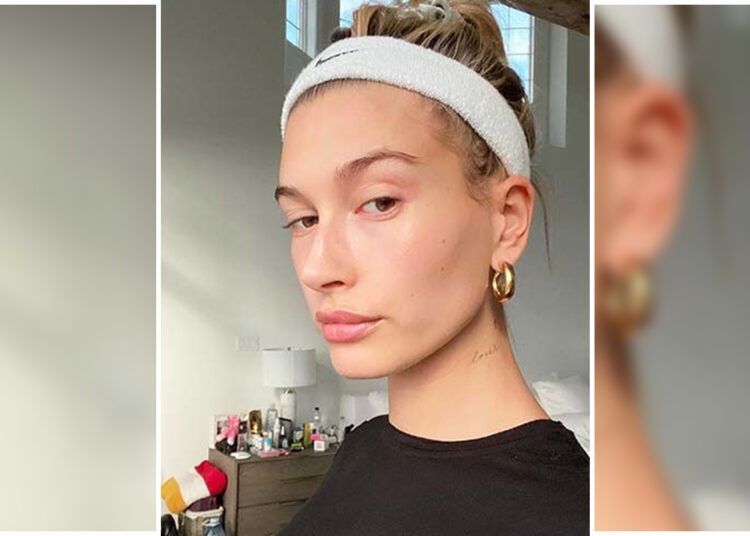 Hailey Baldwin Update: Our celebrities never forget to style themselves in their best way. Sometimes they share these things on their social media and sometimes they show up in front of cameras of paparazzi. It doesn’t matter what has happened in their personal life professional life, they still keep making themselves positive.

There are a lot of celebrities who share their positiveness from time to time on their social media. Sometimes they show it by uploading some selfies or some new look. Recently model Hailey Baldwin was seen in a very healthy face selfie after 2 weeks of hospitalisation.

Hailey Baldwin who was recently hospitalized due to her health was seen posing for the camera. She was looking beautiful as ever by showing her timeless face. It is not the first time that skin was glowing like a moon.

Hailey Baldwin Showed Off Her Glowing Look After Hospitalization

We have already seen how people praised her for their beautiful skin including her husband Justin Bieber. It was a question on the faces of fans, how this model would be able to manage after hospitalization.

Without any doubt, Hailey Baldwin has recovered very well. She as posted some selfies on her Instagram handle and showed off her glowing skin. Just after 2 weeks of blood clotting which was the side effect of COVID-19, the model has shown up with a perfect look.

In new photos we can see Baldwin wearing a leather jacket and her hair was half tied. She posted these pictures on 2nd April and the day was Saturday. She showed her side profile look. The brown waves of her hair were flourishing in the air.

Choosing the minimum makeup and very light lipstick, she has highlighted her blush. The eyeliner was exactly like any cat one. Adding more to her look, she has gone for silver accessories.

When it comes to the caption of photos then she has used just a fairy tale emoji. After having the scariest day of her life Hailey Baldwin has informed her fans what has happened.

She has written that how she suffered it while she was having breakfast with her husband. She started having some kind of symptoms including a lack of oxygen. Her body has passed it and now she is very well.

After having blood clotting in her brain the model has given a lot of appearances ever since. She appeared in some fashion shows as well as a lot of award functions.