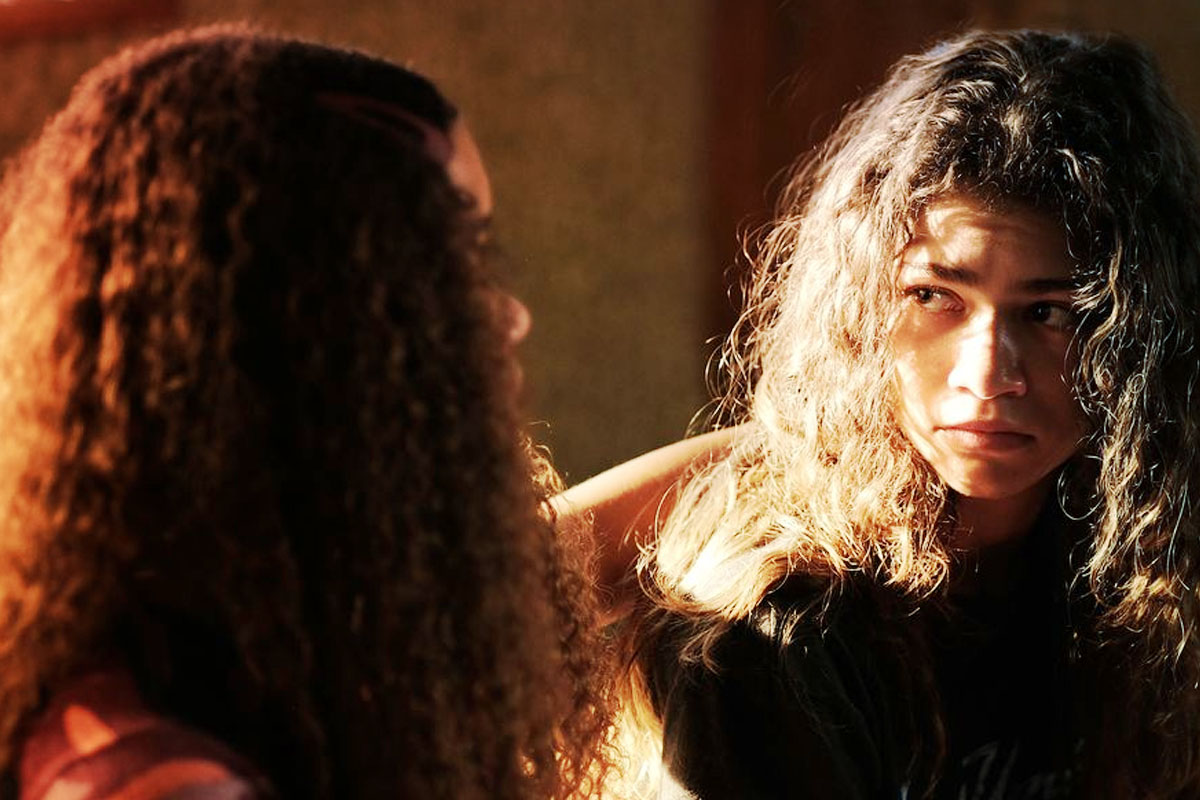 Euphoria Season 2 Episode 5 Updates: In the most recent episode of Euphoria, “Stand Still Like the Hummingbird,” Zendaya talks about her character Rue hitting rock bottom.

Zendaya recently spoke on her character Rue’s mental state in the most recent episode of Euphoria. Rue goes on the run after a heart-breaking intervention goes awry, escaping her loved ones, the police, and a dangerous drug dealer in Season 2 Episode 5, ” “Be as still as a hummingbird.” Rue has finally hit rock bottom, having blown up her relationships with the people that matter the most to her while going through withdrawals.

Rue tried her hardest to escape being discovered by her friends and family after relapsing at the end of season 1 while becoming deeply involved in more dangerous substances and even trafficking.

Rue’s behavior deteriorated throughout the first half of the second season, culminating when Jules informed Rue’s mother that she was using again. Rue’s addiction has progressed to the point where she can no longer control it. She’s losing her ability to make decisions and is reverting to survival mode.

Zendaya sat down with EW to talk about the “difficult” episode and explain Rue’s mental state. She added that filming her parts was not only emotionally draining, but also physically taxing. Rue has had severe, heart-breaking conflicts with nearly everyone in her life, including her mother, sister, Jules, Fez, Maddy, Cassie, Lexi, and Kat, to name a few.

She puts herself in grave danger by leaping fences, dodging oncoming traffic, and jumping out a window to get away from Laurie, a ruthless drug dealer. Rue’s dominating feeling, according to Zendaya, is pain, and a lot of pain rises to the surface in this episode.

This episode features some of Zendaya’s best acting to date, and she completely represents Rue’s physique and emotions as she suffers from addiction.

While Rue may have hit rock bottom in this episode, Zendaya maintained hope for her character in an interview with Entertainment Weekly, saying, “It’s extremely essential that there’s light at the end of the tunnel for her, because I think she has a lot of beauty inside of her.”

Rue’s perspective was followed throughout Episode 5, thus viewers have yet to understand the full impact of her actions. The other characters’ reactions to Rue’s explosives, especially the truth about Cassie’s relationship with Nate, will very certainly be addressed in Episode 6.

Season 2 of Euphoria has already passed the halfway point, and while some have criticized the program for being more uneven than season 1, there is still time for the show to finish off several stories in a satisfying manner. This episode did a fantastic job of bringing Rue back into the spotlight while also wrapping up plot threads that had been left hanging.

The Nate-Maddy-Cassie love triangle has finally blown up, and viewers saw a lot of Rue’s mother and sister, who hadn’t been featured as much this season. Now it will be intriguing to see how Rue will repay Laurie, as well as what will happen once Rue has gone scorched-earth on Laurie’s family and friends.