Jenna Dewan Updates: Jenna Lee Dewan was born on December 3 in the year 1980, she is an American actress and dancer. Jenna Dewan began her career as a backup dancer for Janet Jackson and then worked with Celebrities like Christina Aguilera, Pink, and Missy Elliott. She is famous for her role as Nora Clark in the 2006 Picture Step Up with her ex-husband CHANNING TATUM.

She has also been on the short-lived NBC series The Playboy Club and had a recurring role on the FX series American Horror Story: Asylum. She has played Freya Beauchamp on the Lifetime series Witches of East End, and Lucy Lane in The CW series Supergirl then Joanna in the series Soundtrack broadcast on Netflix.

She currently has a reappearing role as Bailey on ABC’s show The Rookie. She also reoccurred to play the role on the Fox medical serial The Resident.

Jenna Dewan will be walking down herself through the aisle when she will be tying the knot to marry Steve Kazee, but the Step Up star has put her wedding planning to halt from the past two years due to the pandemic situation.

As the scenario began to open up again, Actress Dewan accompanied the number one resource for all things wedding ceremonies, The Knot, to make and design her own, sustainable wedding ceremony invitations and plans her own wedding ceremony actress has said “We are very much in the planning process,”

she has told HollywoodLife in an interview about her special day that “It has of course been a crazy last two years with COVID and we had our baby, Callum, so there is no rush for us but we are definitely planning and I will for sure be using The Knot!”

What did Jenna Dewan reveal About the Wedding With Steve Kazee?

Jenna Dewan and Steven Michael Kazee (American Actor and singer) had their child, CALLUM Michael Rebel Kazee, in March 2020 and she has a daughter, who is 8 years old, EVERLY, from her previous marriage with Channing Tatum.

“They have to be at the wedding! Evie has told me a million times, she will be very upset with me!” The star chuckled “They will obviously be incorporated and involved and that will most likely be the grounding element of whatever we decide to do on our day — whether it’s a destination or small or large, we’re working on all the details. But, our family will be absolutely involved.”

Jenna joyfully said that “the second ” she gave birth to her daughter Everly, and then again to her son Callum, “everything fell in line” according to her. “They were the most important thing above anything else, and everything else fell in support of that.

Work, what I say yes or no to, how I plan my days. There’s a deepening and a priority change that happens when you have kids,” she said. “I’m all about making sure that you also have your own purpose and your own life and give to yourself, but at the same time, I realize that these little beings are the most important things in the world to me.” 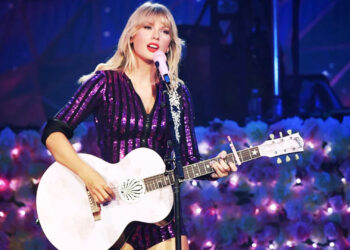