Channing Tatum Opens Up About His Divorce With Jenna Dewan and, His Personal life

Channing is ready to talk about a lot of his personal life, from divorce to romance, all details here! 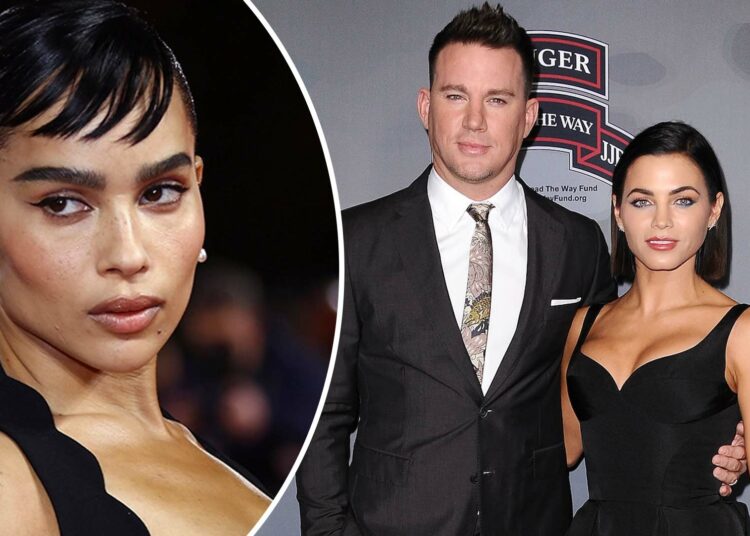 Channing Tatum has recently opened up about his separation from Jenna Dewan and his bond with his daughter as well as his relationship with Zoe Kravitz amid following her fan accounts.

We have seen how some celebrities become candid and open up about their struggles as well as their personal life when it comes to dating or separating.

There are only rare celebrities who generally get open about these things as they want to keep it to themselves and don’t want to make it any news. However, they also feel like sharing it with fans is their duty as they have also involved themselves in their life.

Something like this recently happened with the actor Channing Tatum as he talked about different aspects of his life whether it is related to separation or his new relationship. The actor separated from his ex-wife Jenna and is right now in a relationship with the actress Zoe Kravitz.

Here Is What More Channing Tatum Shared About His Relationship with Zoe Kravitz.

These all happened when the actor was giving an interview to Vanity Fair and engaged himself in the process of pottery. People called this process to be very sexual however, the interaction was very much serious. He has talked about Zoe Kravitz and said she is the kind of person who wants to create. His movie with Zoe is right now in development and it is going well.

Channing Tatum has also talked about his life after his separation from his wife. He talked about how he got the opportunity to work with many directors as he always wanted to continue it. He has achieved a lot of things which he would never have.

The actor is also focusing on not just getting negative roles in the film but also having any good characters if possible. Reflecting on his past life, the actor has also talked about how it was not just related to his work but also his personal life.

Coming to his daughter then he shares a great relationship with her. And when it comes to getting married again then he said he doesn’t know about it whether it is going to happen or not.

At last, it is related to his following some of the fan accounts of Zoe Kravitz on Instagram. According to the actor, he was just trying to know what the actress is right now going and doing.